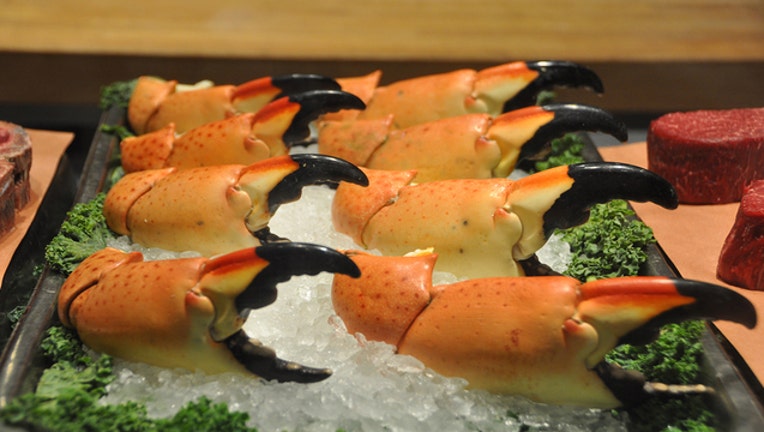 NAPLES (AP) - A lingering red tide and Hurricane Matthew may cut into early stone crab harvests, according to fishermen in southwest Florida.

The stone crab season began Saturday and runs through May 15. The Naples Daily News reports that Hurricane Matthew delayed the setting of thousands of crab traps along the Gulf coast.

When fishermen were able to set out for stone crabs, they found murky waters and more dead fish left by a red tide algae bloom that has caused thousands of fish to wash ashore since early October.

"When the whole bottom is covered with food, why would they bother getting into our traps?" Kirk said. "They're opportunistic eaters. What's bad for one thing is good for another."

Stone crab landings have been rebounding over the past few years from 1.9 million pounds in the 2013-14 season, the lowest catch since Florida fisheries managers started keeping track of catches in 1986. The 2014-2015 catch was 2.2 million pounds.

Stone crabs can be harvested more than once for their claws, which must be at least 2 3/4 inches long. Once the claws are removed, the crabs go back into the water.

The overall harvest will depend on how long the red tide lasts and whether it returns later in the season, Kirk said.

"Sometimes it feels like it blooms when there's more freshwater running into the bays, but I've seen it bloom without freshwater. It's always there," he said.