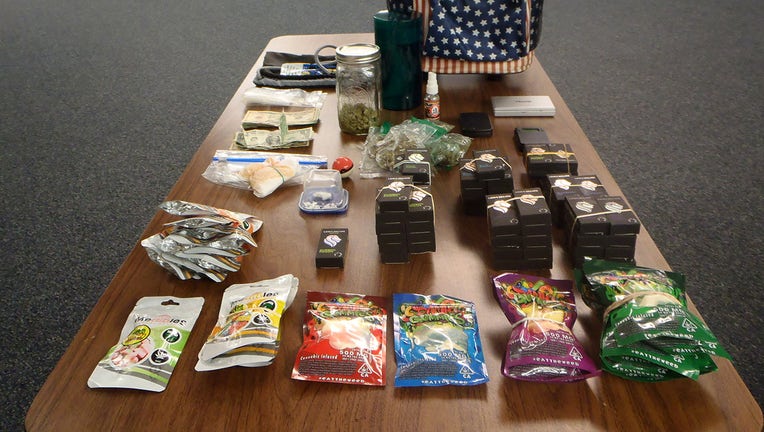 Troopers say these drugs were in the car (FHP photo)

BRANDON, Fla. - The driver who crashed into an abandoned vehicle along State Road 60 was transporting a “large amount” of illegal drugs, troopers say.

According to the Florida Highway Patrol, it was just before 11 p.m. Thursday when troopers responded to the crash along State Road 60 near Interstate 75 in Brandon. A sedan had struck another vehicle that was stopped along the side of the road.

The driver, identified by FHP as David Angel Conde, suffered minor injuries and was taken to the hospital. While searching his car, troopers say they found a large amount of illegal drugs.

After his release from the hospital, the 21-year-old was arrested on multiple charges, including possession of cocaine and DUI.