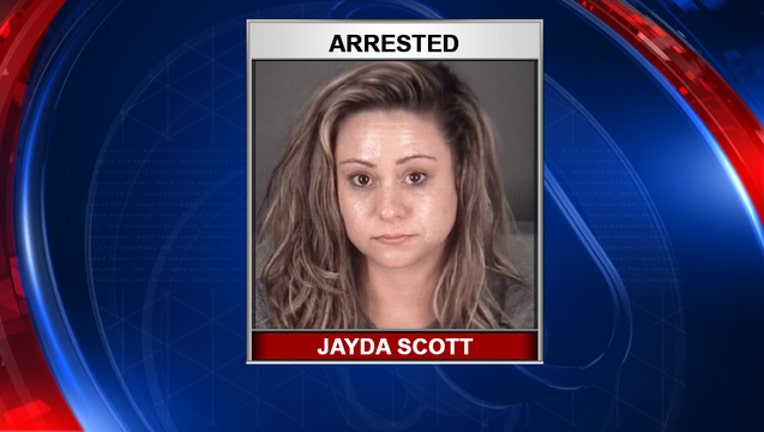 DADE CITY (FOX 13) - A Dade City woman was arrested after crashing into her boyfriend’s car with three children inside her vehicle, deputies said.

Pasco County deputies arrested 27-year-old Jayda Scott on Monday. Investigators said someone in mid-July, Scott and her live-in boyfriend got into an argument that turned physical.

They said she drove away from her boyfriend, but turned around and attempted to run him over with her vehicle. Deputies said the boyfriend moved out of the way, but then Scott drove her vehicle into her boyfriend’s vehicle. In the back seat of the car, where three children, all under the age of 18, deputies said.

Neither Scott nor her boyfriend reported it to law enforcement, according to the Pasco County Sheriff’s Office. Recently, Scott made a phone call to an unnamed person at the county jail and advised him of the incident. An anonymous tip informed Child Protective Services of the event, as well.