Organizers say their goal is to honor George Floyd and end racial injustice in the community and across the country.

Organizers say demonstrations happen twice per day starting and ending at city hall. One begins and 2 p.m. and the other begins at 7 p.m. They march around downtown, avoiding the police department. 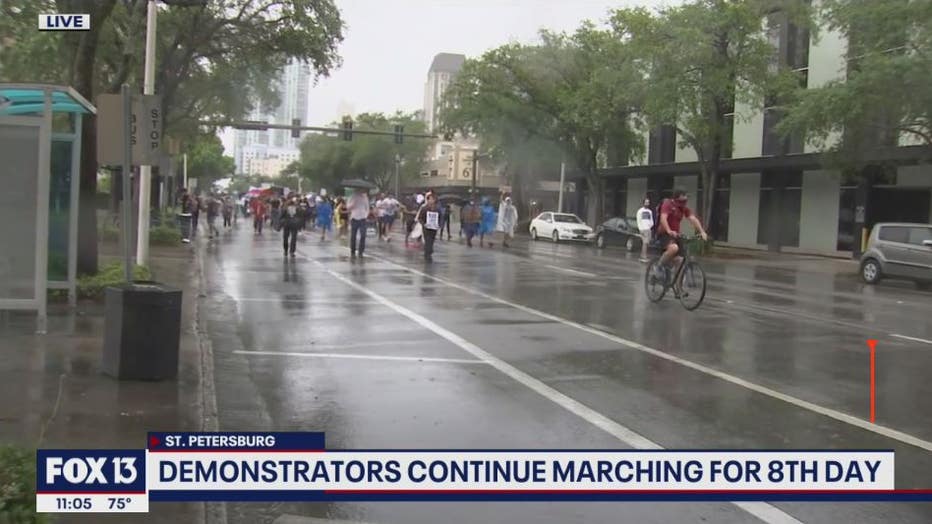 "We try to keep the peace and to keep the safety among the community and everybody, we try to gather down here downtown at city hall and lead the marches downtown, in the neighborhoods and end it downtown instead of going down there (St. Petersburg Police Department) and starting chaos and arrests," said Terron Gland, one of the protest organizers.