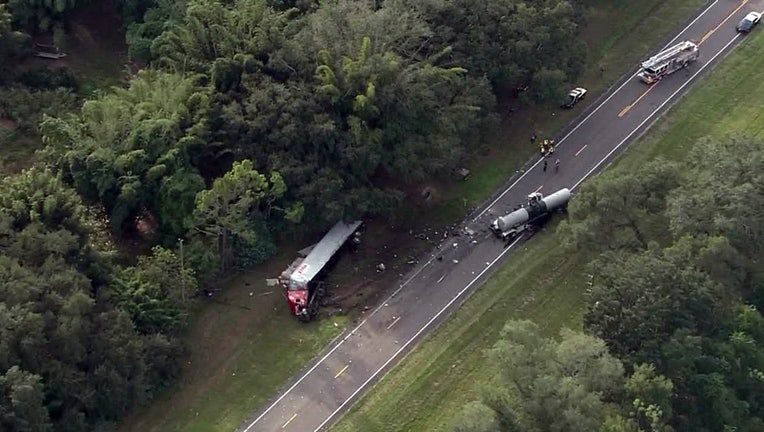 Pasco County Fire Rescue said the scene of the crash is at U.S. 98 and Stanton Hall Drive, just northeast of Zephyrhills.

The view from SkyFOX showed one truck on its side and a second truck, a tanker, upright but jackknifed nearby. Both were heavily damaged.

Holzer’s truck also hit a Freightliner truck driven by Barren Spivey, 48, of California, and a Chevy Colorado driven by Levon Snyder, 33, of Lakeland.

The chain of crashes also involved the vehicle behind Duclos’ tractor-trailer, a Chevy Tahoe driven by April Horne, 41, of Auburndale.

Around 100 gallons of fuel was spilled during the crash. 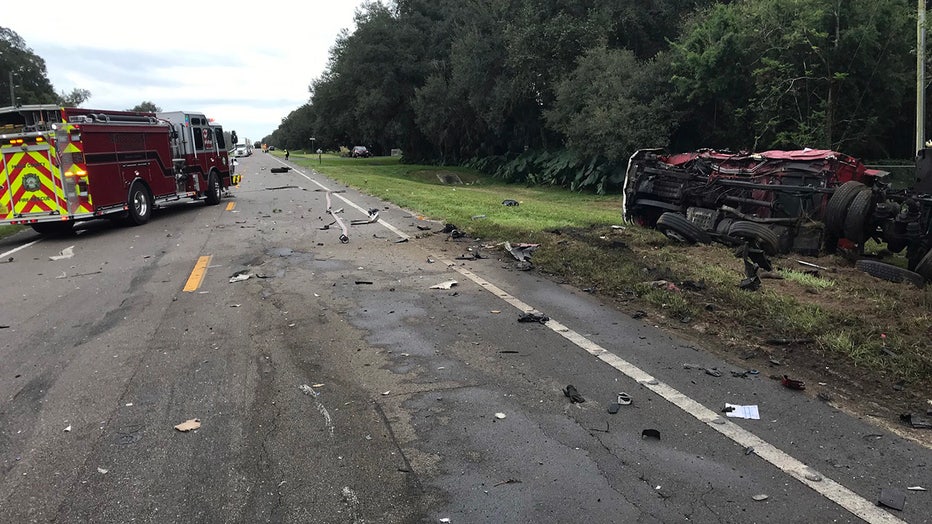