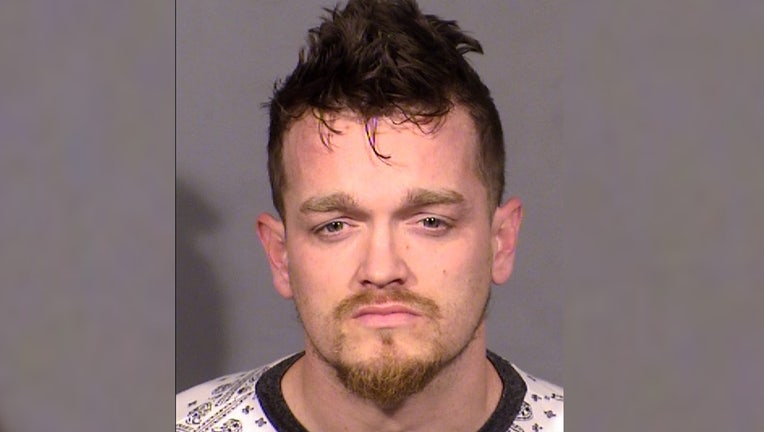 LAS VEGAS - The death penalty will be considered in the case of a Las Vegas man accused of kidnapping and killing a 4-year-old boy and hiding the body in a freezer while keeping the boy’s mother captive, a prosecutor told a judge during a brief schedule-setting hearing on Friday.

Clark County District Court Judge Tierra Jones postponed Brandon Lee Toseland’s arraignment until at least April 15 on 10 charges including murder, kidnapping and child abuse in the death of the boy and felony domestic battery alleging that he choked the child’s mother.

Toseland appeared by video hookup from the Clark County Detention Center, where he has been held without bail since his arrest Feb. 22. Defense attorney Augustus Claus said outside court Friday that Toseland, 35, will plead not guilty to all charges.

Police said they found Toseland in a vehicle with the boy’s mother after the boy’s 7-year-old sister gave her teacher a handful of sticky notes from the mother that said she was being held captive and thought the girl’s brother was dead at Toseland’s house. Police said they also found handcuffs with the woman in the car.

The boy’s frozen body was found in a freezer in the garage, wrapped in plastic and bearing what police said were visible injuries of physical abuse.

An indictment that added four counts against Toseland was filed Thursday, moving the case from local to state court for trial.

Claus said Friday that he had not received a medical examiner’s report and autopsy on the child, who according to the indictment died of internal injuries.

The Clark County coroner’s office said rulings on a cause and manner of the child’s death were pending.

"We plan on defending the case vigorously," Claus said in a brief interview. "There’s an entire alternate version of events that hasn’t been given a voice. We plan on being that voice."

The Associated Press is not naming the mother or children to avoid identifying a victim who alleges sexual abuse. Stubbs has said the mother does not want her name made public.

The boy’s father died in January 2021 of a respiratory illness. Stubbs said the mother and her two children moved into Toseland’s home last March.

Another woman, Marylee Ruiz, who said she had two children with Toseland before ending her relationship with him about five years ago, watched in court on Friday. Ruiz said she was concerned about what her children, now ages 7 and 5, experienced while living in the house.