A Florida mother and daughter both died of COVID-19 in the same hospital less than a week apart.

December has become the deadliest month yet of the coronavirus pandemic in the United States, a tragic milestone reached as public health experts fear the holiday season will only exacerbate the worsening crisis in days to come.

A total of 3,379 deaths were reported Dec. 23 in the U.S., pushing the total number of COVID-19 deaths in December to 57,638 people, according to the COVID Tracking Project.

That equals an average of 2,506 deaths reported per day — which is well above the figured reported during the outbreak’s initial surge in the spring. In April, the country reported an average of 1,842 coronavirus deaths each day, data from the COVID Tracking Project shows.

"The fact that we are pushing to 4,000 deaths per day is really unfathomable, but that’s unfortunately what we’re seeing," Dr. Jennifer Nuzzo, associate professor and senior scholar at the Johns Hopkins Center for Health Security, said in a recent briefing.

"If we remain on this trajectory, the numbers are just going to continue to accelerate," Nuzzo added. 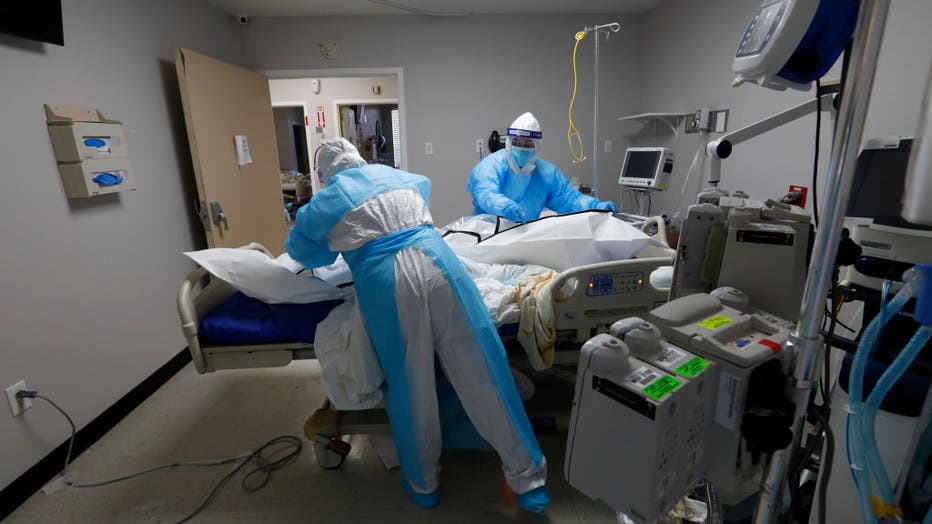 The test positivity rate is also increasing in nearly every U.S. state — a measure that gives an indication of how widespread infection is in the area where testing is occurring, and whether levels of testing are keeping up with the spread of the virus.

In the U.S., it’s pushing past 11%, data from Johns Hopkins shows. Countries that have conducted extensive testing for COVID-19 should remain at 5% or lower for at least 14 days.

"What this tells us, is that the U.S. needs to continue expanding the numbers of tests," Nuzzo said. "The spread of infection has outpaced our efforts to expand testing."

To date, more than 18.5 million confirmed cases have been reported in the U.S., and nearly 330,000 Americans have died from the virus. California, the most populous state, became the first to reach 2 million coronavirus cases, a milestone reported on Christmas Eve.

Public health experts have cautioned against travel and family gatherings over the holiday season that threaten to fuel the deadly outbreak. But despite warnings to stay home, more than 1.19 million travelers passed through U.S. airport security checkpoints on Dec. 23 — the highest one-day total since the crisis took hold in mid-March.

Airports also recorded around 1 million travelers on each of the five days between Dec. 18 to Dec. 22.

Dr. Anthony Fauci, the government's top infectious-disease expert, said he is particularly worried about travel between Christmas and New Year’s. Fauci, who turned 80 on Thursday, said he and his wife would be celebrating his birthday and the holidays with their children on Zoom.

"We have a big problem," Fauci told The Washington Post. "Look at the numbers — the numbers are really quite dramatic."

Earlier this week, Fauci and other top officials publicly received their first dose of the Moderna coronavirus vaccine. Fauci said he wanted being vaccinated to serve as "a symbol to the rest of the country that I feel extreme confidence in the safety and efficacy of this vaccine.

Two vaccines, one developed by Moderna and the other by Pfizer, have been approved for emergency use in the U.S. Officials had promised that some 20 million people would be vaccinated by the end of 2020, but as of Dec. 23, about 1.1 million Americans had received the first dose of the two-dose inoculations.