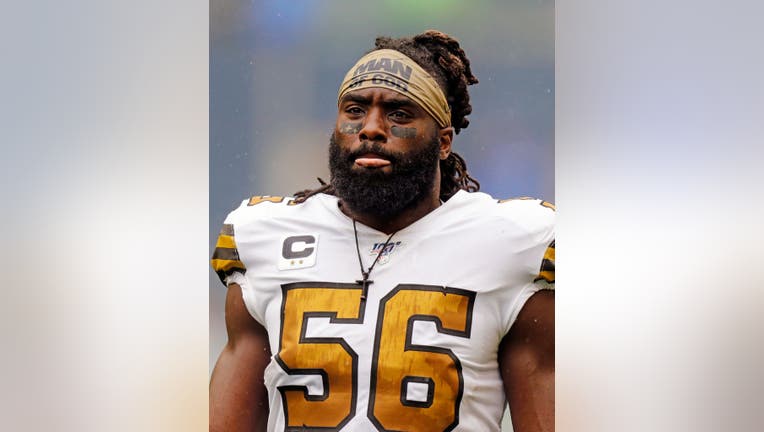 SEATTLE, WA - SEPTEMBER 22: New Orleans Saints outside linebacker Demario Davis (56) during the game between the Seattle Seahawks and New Orleans Saints on September 22, 2019 at the CenturyLink Field in Seattle, WA. (Photo by Stephen Lew/Icon Sportsw

New Orleans Saints linebacker Demario Davis' has raised $120,000 for a local Mississippi hospital through the sale of his "Man of God" headband that earned him a fine from the NFL back in September.

"This is amazing, it just shows you the power of God," said Davis on the latest episode of Fox Nation's "Laura and Raymond." "You know, I would have never thought this whole movement would have happened — and it's not just here in New Orleans. It's been national."

DEMARIO DAVIS: I WAS PUT IN A CONFLICTING POSITION

Davis recently made headlines after he was fined by the NFL for wearing a headband that read, “Man of God” during a Sept. 22 game against the Seahawks in Seattle.

Before appealing the $7,000 fine for the uniform infraction, the linebacker hoped to turn the situation into a positive, he explained, and decided to start selling the headbands and pledging 100 percent of the “Man of God” and “Woman of God” proceeds to St. Dominic Hospital in Jackson, Miss. The league eventually relented and repealed the fine.

The black and gold headbands, priced at $25 apiece, have raised more than $60,000, with an equal matching grant given to the hospital bringing the donations to $120,000 to date.

Davis, in his second season with the Saints, is one of the most vocal players in the NFL when it comes to his faith. Describing his reaction to the initial fine, David said he felt "conflicted."

“Should I continue to wear it because of the messaging or would I follow the rule? Which would bring ultimate glory to God," he explained on the Fox Nation show.

Many rallied behind the professional linebacker, but he was especially moved by a school of young fans who made their own “Child of God” headbands to show support.

"To see the kids make the paper headbands was just unbelievable," Davis said in the latest episode.

"If you can reach the kids, you know it's real because kids don't think based on politics or anything like that...they're just thinking with what they feel," he said, detailing plans to visit the students to "express his gratitude" in the coming weeks. 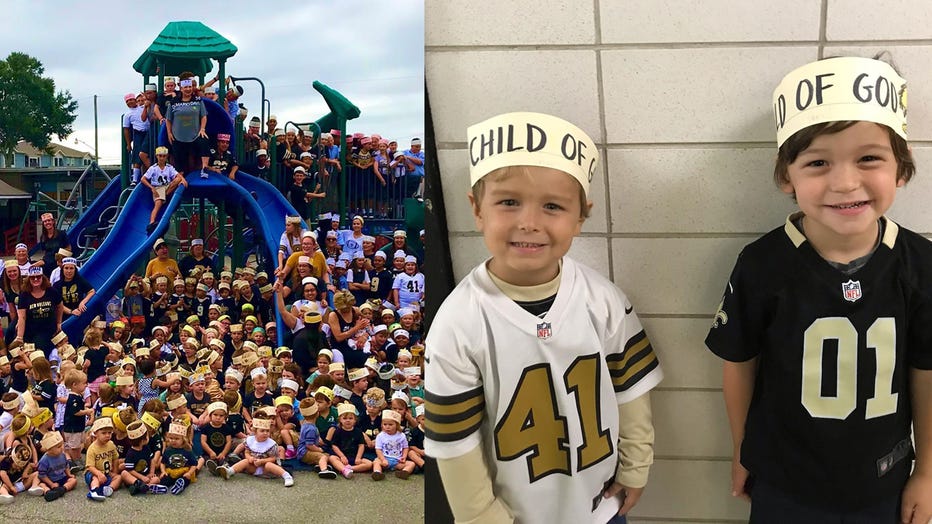 Davis said he was able to see God's hand throughout the entire deal, and looks forward to raising more money for the emergency department at the hospital.

"It went from something that was going to cost me $7,000 now went in favor of good, $120,000 and we just took that fine that we were planning on paying to the league and donated it to the cause," he said.

Later in the segment, Fox Nation host Raymond Arroyo asked Davis about a recent incident on the field after Davis plowed into Jacksonville Jaguars tight end Geoff Swaim sending the receiver – and the ball – to the ground.

A clearly hurt Swaim remained on the field following the hit, but Davis immediately began praying for the opposing player.

"I just wanted to take time to pray for him, and my prayers and thoughts are still with him, hopefully, he is going to fully recover from that, because it's such a fast game, and so much is happening so fast...and I heard the crowd before I turned around and I was like 'oh, that must've not been good'...and the first thing that I did was just to go and pray...and I think that respect is mutual across the field," Davis explained.

CLICK HERE FOR THE LATEST STORIES FROM FOX NATION

The linebacker got deeply personal during many points of the Fox Nation segment, discussing his tumultuous childhood, his prison time and how it transformed his life, and his journey to finding God. He also said he holds no grudges against the NFL for the headband fine and reiterated his purpose to "glorify God" in everything he does.

Fox Nation programs are viewable on-demand and from your mobile device app, but available only for Fox Nation subscribers. Go to Fox Nation to start a free trial and watch the extensive library from Tomi Lahren, Pete Hegseth, Abby Hornacek, Laura Ingraham, Greg Gutfeld, Judge Andrew Napolitano and many more of your favorite Fox News personalities.