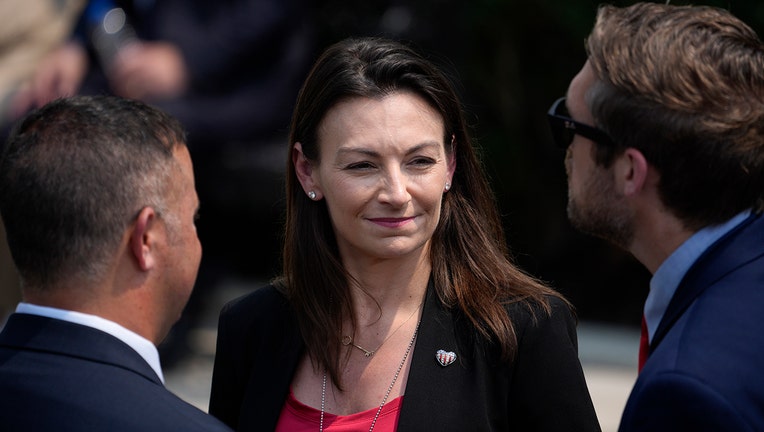 TALLAHASSEE, Fla. - With both claiming to be Florida Democrats’ best bet to defeat Gov. Ron DeSantis in November, U.S. Rep. Charlie Crist and Agriculture Commissioner Nikki Fried traded barbs Thursday in their only debate before next month’s primary election.

The verbal sparring came amid an increasingly acrimonious contest between Crist, who won three statewide races as a Republican, and Fried, whose razor-thin 2018 victory made her the only statewide-elected Democrat.

Fried came out swinging during the hour-long debate, taped Thursday morning in Miramar and televised Thursday night, blasting Crist for policies he endorsed as a Republican and emphasizing her election win.

Crist, who became a Democrat after serving four years as governor, scolded Fried but repeatedly pivoted to DeSantis and so-called "culture war" issues the GOP incumbent has championed.

An intense exchange about the future of abortion in the state mirrored attacks Fried has lobbed against Crist as the race has heated up.

The abortion issue has dominated political races throughout the country in the aftermath of a U.S. Supreme Court ruling in June that overturned the landmark Roe v. Wade decision. The court said women do not have a constitutional right to abortion and the issue should be left up to the states.

The Florida Legislature this year passed a law preventing abortions after 15 weeks of pregnancy, but critics are concerned Republicans, who control the state House and Senate, could go further after the November elections.

"This question is the greatest difference between myself, Charlie and Ron. I have been pro-choice my entire life. … Charlie cannot say the same thing," Fried said, accusing Crist of having appointed "radical extremists" to the Florida Supreme Court during his tenure as governor. Two of Crist’s appointees, Charles Canady and Ricky Polston, are part of a conservative majority on the court. 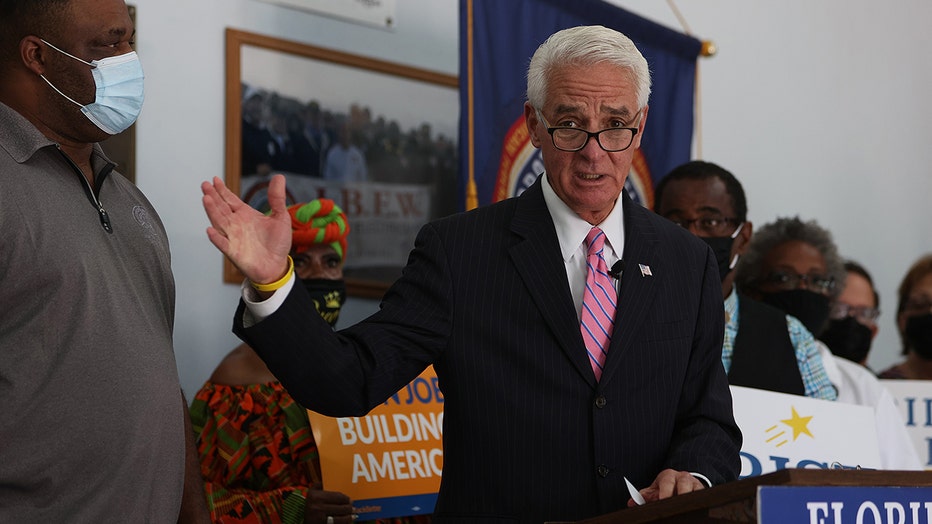 MIAMI, FLORIDA - NOVEMBER 23: Rep. Charlie Crist (D-FL), a candidate for Governor of Florida, speaks with South Florida AFL-CIO union leaders and workers on November 23, 2021 in Miami, Florida. Rep. Crist visited with the union members to tout the In

"Nikki, you know that’s just not true, and you shouldn’t say those kinds of things because you’re trying to muddy it up. Let’s understand what’s going on here. You’re losing this campaign. It’s time for desperation, and now it’s on full display all over the state of Florida, and I’m sorry to see that," he retorted.

Crist noted that he vetoed an "anti-abortion" measure when he was governor. The measure would have required women to have ultrasounds before getting abortions. Former Gov. Rick Scott signed a similar measure after he was elected in 2010. Crist also said he has a 100 percent rating from Planned Parenthood since his election to Congress six years ago.

Fried’s answers to nearly every question included rebukes of Crist, such as in response to a query about what they would do to address housing costs.

Crist pointed to actions the Legislature took during a special session while he was governor to address property-insurance premiums, which he said were part of the reason for rising housing costs.

"We lowered property insurance by 10 percent. I’ll do it again," he vowed.

But Fried bristled, blaming Crist for depleting an affordable-housing trust fund during his tenure.

"I love how Charlie likes to rewrite history. … He manipulated the (insurance) market, put more and more of those policies in Citizens, which would have created a catastrophic event," she said, referring to the state-backed Citizens Property Insurance Corp. "You made sure that people are suffering today because of decisions you made as governor."

Crist said the money was used because the state was in a recession at the time.

The duo also put up their dukes when asked how they would handle a controversial new law, disparagingly dubbed the "don’t say gay" bill, that restricts instruction about gender identity and sexual orientation in schools.

"Well, the solution is that you get rid of the law," Crist, who will turn 66 on Sunday, said. "This is the real problem Nikki. We’re in a Democratic primary but both of us want to unseat Gov.\ DeSantis. If we’re going to be able to do that, we have to work together and stop tearing down your fellow Democrats and do what’s right to win this election in November."

But Fried argued that she has bucked DeSantis since they took office in 2019.

"I stand up against this bully every single day. … I’ve been doing it for 3 1/2 years," she said. "If you vote for Charlie, we’re going to see Ron DeSantis running for president because he will get another term. If you vote for me in this primary, you will have a fighter, and we will end Ron DeSantis’ career."

Crist did not run for a second term as governor in 2010, instead leaving the Republican Party and launching an independent bid for a U.S. Senate seat. Crist lost the race to Republican Marco Rubio and was sidelined politically.

Crist became the Democratic nominee for governor in 2014 but lost to Scott. He then won a Pinellas County congressional seat in 2016.

The pair closed out Thursday’s match-up on a harsh note.

But Crist insisted that he is the best candidate to oust the Republican governor.

"Sadly, I just have to say you just heard the voice of desperation. Unfortunately for Nikki, she’s losing this campaign and that’s unfortunate but you want somebody to win and who can win in November," Crist said, pledging to "bring the sunshine back to our Sunshine State."

"It doesn't really make much difference whether Democrats nominate Pelosi puppet Charlie Crist or desperate extremist Nikki Fried to oppose Gov. Ron DeSantis because Floridians are fired up and ready to keep him in the governor's office for four more years," Republican Governors Association spokeswoman Joanna Rodriguez said in a statement.