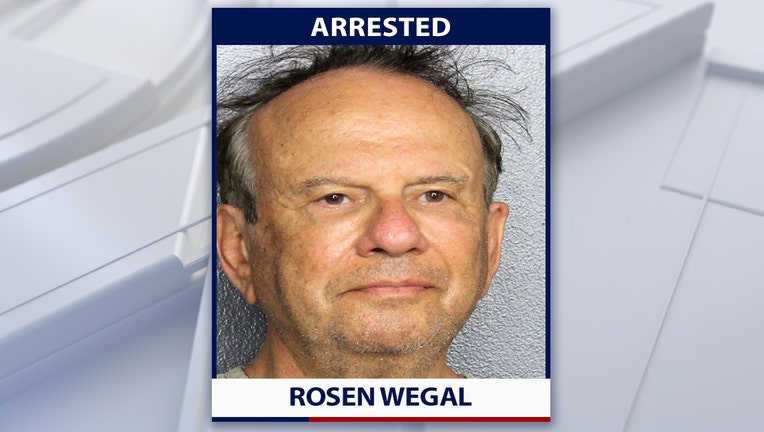 FORT LAUDERDALE, Fla. - Broward deputies have arrested Rosen Wegal, 74, after they say he made a false bomb threat Saturday morning at the Fort Lauderdale-Hollywood International Airport.

According to the Broward Sheriff’s Office, Wegal got into a heated argument with a ticket counter employee around 8:30 a.m. on Saturday. During the dispute, Wegal tried to walk away from the ticket counter, which was located in Terminal 2, and leave his carry-on luggage behind. When the employee told Wegal he needed to take his bag with him, he said there was a bomb inside, according to deputies.

BSO says Wegal left the luggage in Terminal 2 and proceeded to Terminal 3.

Deputies, along with the bomb squad and threat management unit detectives responded to the airport to investigate. Terminals 2, 3, and 4 were evacuated and swept. Officials determined that the bomb threat was unfounded and Wegal was taken into custody.

Wegal is charged with one count of false reporting concerning planting a bomb, explosive or weapon of mass destruction.