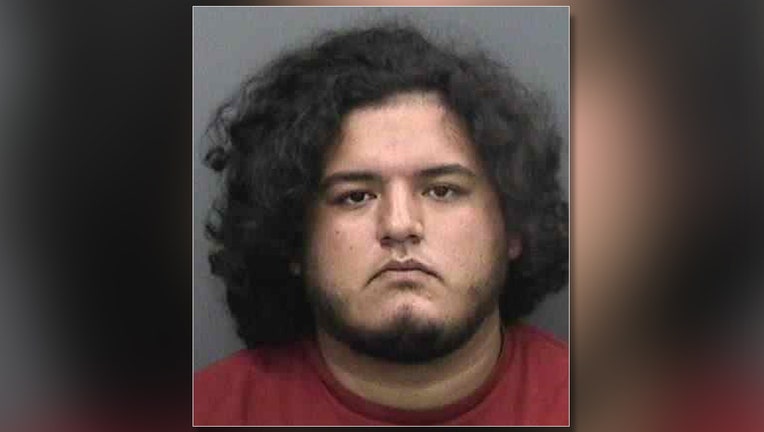 PLANT CITY, Fla. - Hillsborough deputies arrested Osvaldo “Ozzy” Banda, 21, after they say he intentionally tried to injure law enforcement officers by throwing bottles at them during a protest in Plant City on Tuesday.

According to the Hillsborough County Sheriff’s Office, after throwing the bottles, Banda retreated into the crowd of protesters in an attempt to hide from deputies. They said he was also wearing a face covering.

Deputies arrested a man they say was seen on video throwing bottles at law enforcement during a protest in Plant City.

After locating Banda, deputies said they fired one round of less-lethal ammunition as he ran away from the site of the protests for their safety and for the safety of others.

After later identifying Banda as the suspect, HCSO contacted him and let him know there was a warrant out for his arrest. Deputies said Banda turned himself in to the Orient Road Jail Friday night.

"The moment someone tries to incite violence, it is our duty to do everything we can to protect the public and our deputies," said Sheriff Chad Chronister. "Throwing objects at deputies in an effort to harm them is unacceptable, and anyone caught doing so will be punished to the fullest extent of the law. The Hillsborough County Sheriff's Office respects the rights of people to peacefully protest."