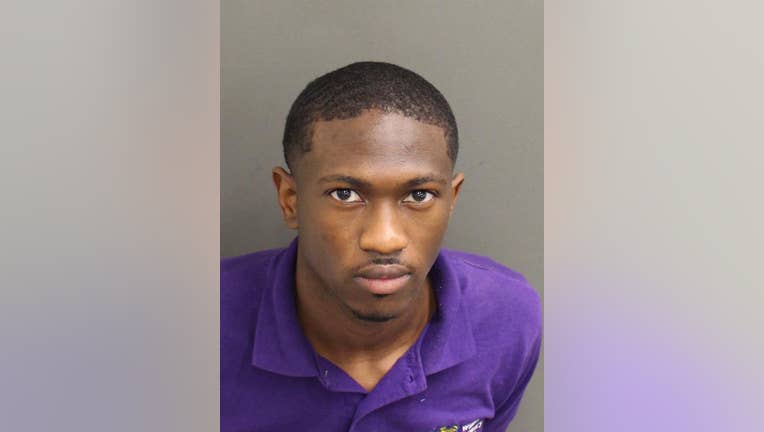 ORANGE COUNTY, Fla. - A Central Florida private school teacher has been arrested after deputies say he threatened to fail or hold back a student if he did not send sexually explicit videos in exchange for payment to him.

The Orange County Sheriff's Office said that 25-year-old Dion Bryant was a science teacher at Winner's Primary School, a private school. He allegedly gave his cellphone number to a student in October, calling him later that night to tell him to send sexually explicit videos of himself.

They said that the student initially refused to but Bryant said he would give him a poor grade or hold him back a grade if he didn’t. He later offered to pay the student too.

The student reportedly sent three videos between October and November 11th, 2020. For a couple of the videos, Bryant paid the student a $20 and $140 amount.

The arrest affidavit said that over the weekend, the student's mother became suspicious and looked at her son's phone, finding the messages between him and Bryant.

Bryant was called to a private room by the school's principal and arrested, the Orange County Sheriff's Office said. His charges include lewd conduct with a student by an authority figure, use of a child in a sexual performance, and unlawful use of a two-way communication device.