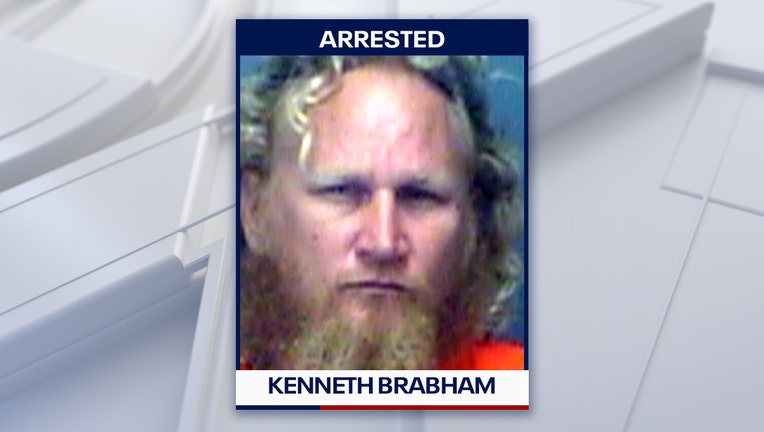 ST. PETERSBURG, Fla. - Deputies arrested a man they believe tried to rape a woman after offering her a ride during a downpour early Wednesday morning in St. Petersburg.

The Pinellas County Sheriff's Office said deputies arrested 48-year-old Kenneth Brabham after he was caught chasing the victim as she ran across Gandy Boulevard around 3:30 a.m.

Deputies said Brabham offered the victim a ride from the Lealman area to her home during a heavy rainstorm. The victim did not know Brabham, but accepted the ride. However, Brabham passed her house and then pulled out a weapon before trying to make her perform oral sex.

Investigators said she tried to refuse and escape through the vehicle window, screaming for help from passersby.

Brabham drove to Gandy Beach, where the victim jumped out of the vehicle and ran toward a gas station, but investigators say Brabham caught up with her and started beating her.

Meanwhile, dispatchers got multiple 911 calls about a woman who was apparently being attacked.

When deputies got there, they said Brabham was in the process of dragging the victim to his truck.

Brabham, who deputies called a "career offender," was detained and now faces charges of kidnapping, attempted armed sexual battery, and committing a felony while possessing a weapon.

The victim was taken to the hospital and was said to be stable.

Anyone with information about the case or who believes they have been a victim of Brabham is asked to contact Detective Blumberg at 727-582-6779 or cblumberg@pcsonet.com.