FORT LAUDERDALE, Fla. - Gov. Ron DeSantis, R-Fla., called for the Biden administration to allow his state to obtain more monoclonal antibody treatments as it encounters the omicron variant of COVID-19.

"We're past the point now where we're able to get it directly from any of these companies," DeSantis said during a press conference on Monday. "The federal government has cornered the entire market. They basically took control of the supply in September."

DeSantis noted that the administration had stopped sending both Regeneron and Eli Lily monoclonal antibody treatments. The department later said it would allow states to order those products from HHS.

As Ladapo's letter noted, HHS said in September that it would determine state-by-state distribution of certain drugs. An official reportedly said the move would "help maintain equitable distribution, both geographically and temporally, across the country."

On Friday, the U.S. Centers for Disease Control and Prevention reported more than 75,900 new cases of COVID-19 in Florida.

That tally raised the 7-day average daily to 42,600, which is twice as high as it was at the peak of this summer’s surge when the delta variant fueled a surge of infections in the state.

The White House referred Fox News to HHS, which did not immediately respond to a request for comment.

Like DeSantis, Texas Gov. Greg Abbott asked Biden for help with monoclonal antibody treatments. "Testing sites, additional medical staff, and continued shipments of therapeutics from the federal government will help us continue to save lives and mitigate the spread of COVID-19," Abbott said. 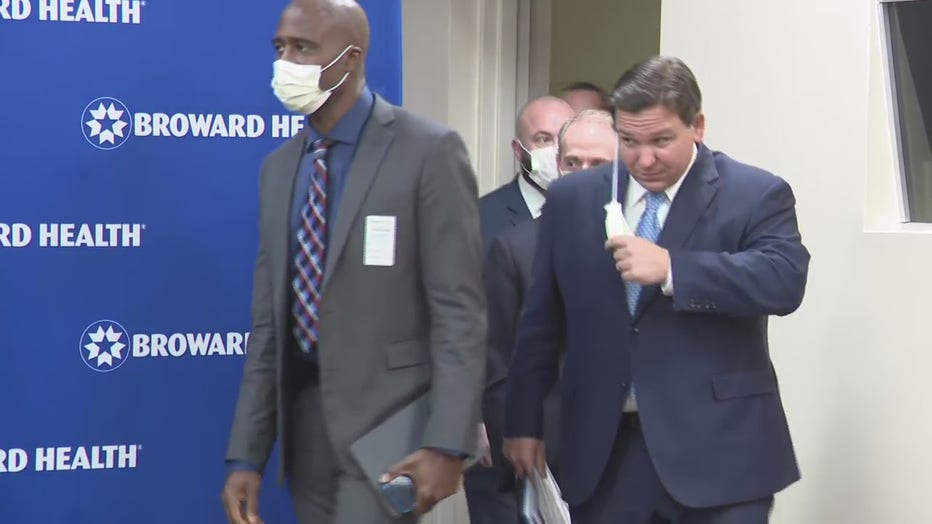 Biden has come under fire for saying there was no federal solution to the pandemic despite pushing multiple initiatives from the executive branch. In December, the White House touted its deployment of federal personnel to help dozens of states.

"To date, we have deployed over 2,000 personnel, including 1,300 clinical providers; surged over 3,200 ventilators, ambulances and other critical supplies; and shipped over 2.3 million courses of lifesaving monoclonal antibody treatment," the White House said on Dec. 2.

"As we face the potential of a new variant and rising cases during the winter months, today, the President will make clear that federal government will once again be prepared to help."