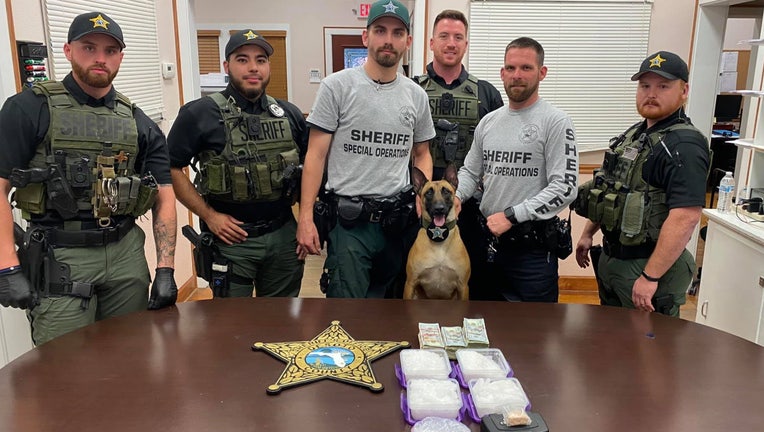 ARCADIA, Fla. - Deputies in DeSoto County seized a large amount of meth and drug money during a traffic stop with the help of one of their K9s.

The sheriff's office said their Narcotics and Special Operations Unit pulled over a vehicle on SW Hull Ave and SW Highway 17 in Arcadia on Wednesday.

When the detectives became suspicious of the occupants of the car, they requested assistance from the sheriff's office K9 unit.

RELATED: Amber Alert issued for Tennessee girl thought to be with father in Tampa Bay area

"Unfortunately for the occupants of the vehicle, our K-9 Unit was in our south county conducting training at the time and were able to quickly respond," the sheriff's office wrote. 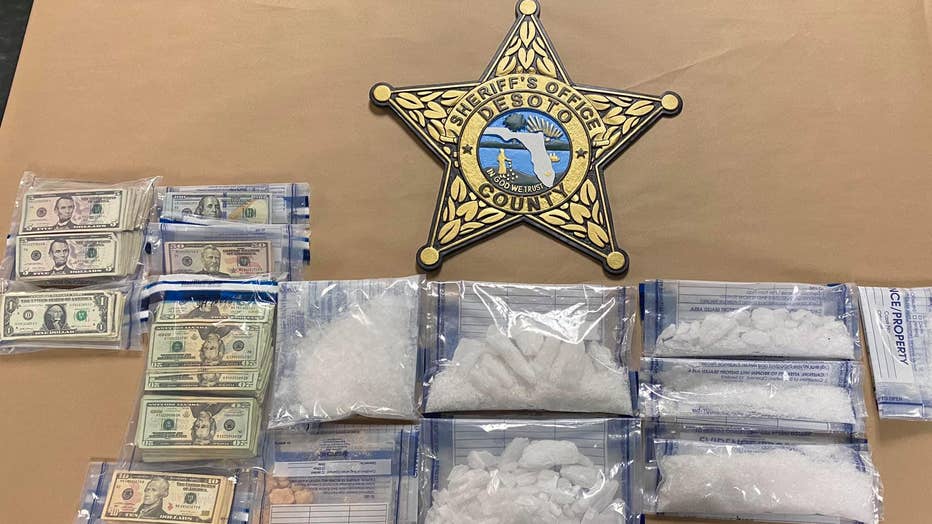 Senior Deputy Bierman's K9 partner Lucy sniffed around the car and alerted to the presence of illegal narcotics inside.

When investigators searched the vehicle, they discovered about four and a half pounds of methamphetamine as well as over $16,000 in "drug money" which was seized as contraband.

Deputies arrested the occupants, identified as Scott Mcinnes and Amy James, and charged them with a number of felonies, including drug trafficking.