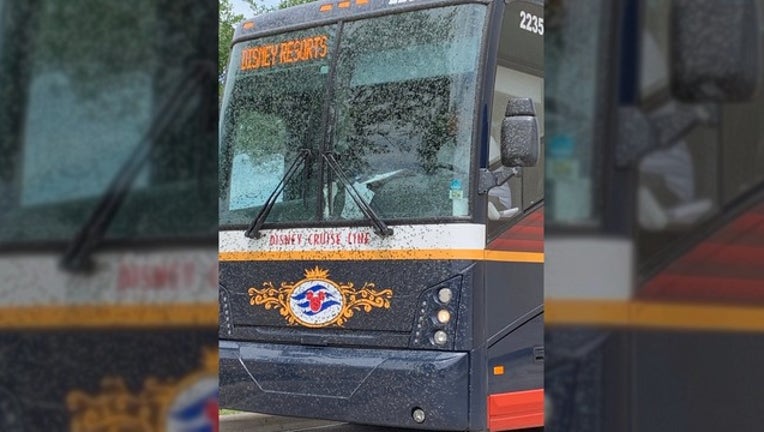 ORLANDO, Fla. (FOX 35 ORLANDO) - Lovebugs are in the air and not even Walt Disney World can escape them.

A Florida man snapped a picture of a Disney bus that was covered in love bugs.

The good news is that lovebugs are not harmful to humans. The species originated in Central America and got their name because they are known to fly around in mating pairs. They migrated through Texas and Louisana before coming to Florida. They continue to expand and can be found as far north as South Carolina.

Love bugs are especially common in Florida because of the heat and decomposing plant debris. University of Florida scientists believe that lovebugs confuse those odors with chemicals in exhaust fumes, explaining why we see so many of them around highways.

In fact, most people see lovebugs as splatters on windshields and hoods. They can damage your car’s paint if not cleaned off.