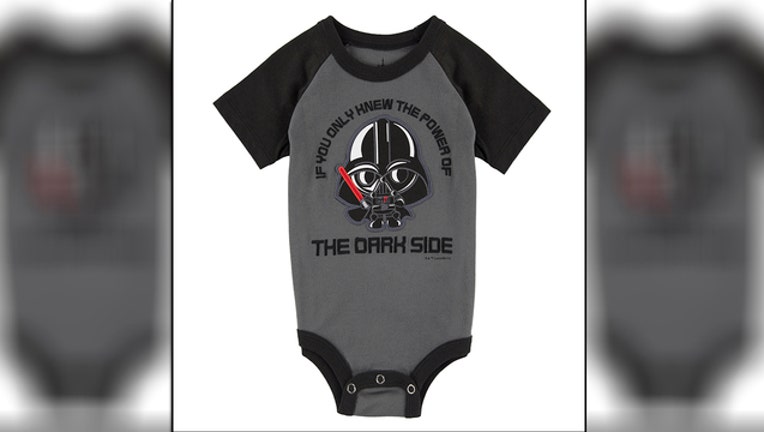 No injuries have been reported. The recall involves about 10,000 onesies.

Consumers were advised to stop using the items and contact Walt Disney Parks and Resorts for instructions on returning them for a full refund.

The Darth Vader onesies were sold in five sizes including 3M, 6M, 12M, 18M and 24M. The artwork on the front of the bodysuit shows an infant Darth Vader holding a light saber with the text: "If you only knew the power of THE DARK SIDE."

The onesies were sold at Walt Disney World Resort in Lake Buena Vista, Florida; Disneyland Resort in Anaheim, California; and the Treasure Ketch Shop on the Disney Wonder and Mickey's Mainsail located on the Disney Magic, Disney Dream and Disney Fantasy cruise ships from February 2015 through November 2015 for about $20.