CLEARWATER, Fla. - Donald Trump Jr. brought his high-energy, at times fiery, rally-style to hundreds of supporters at the Quaker Steak and Lube in Clearwater Friday.

“We need you to be part of this movement. You always have been but we need you to continue for another 18 days,” the President’s son exclaimed.

“Of course Hunter Biden deserved $83,000 a month. He knew nothing about energy and didn’t speak the language! That’s the ultimate consultant,” Trump Jr. said. “Who here wants that gig?” 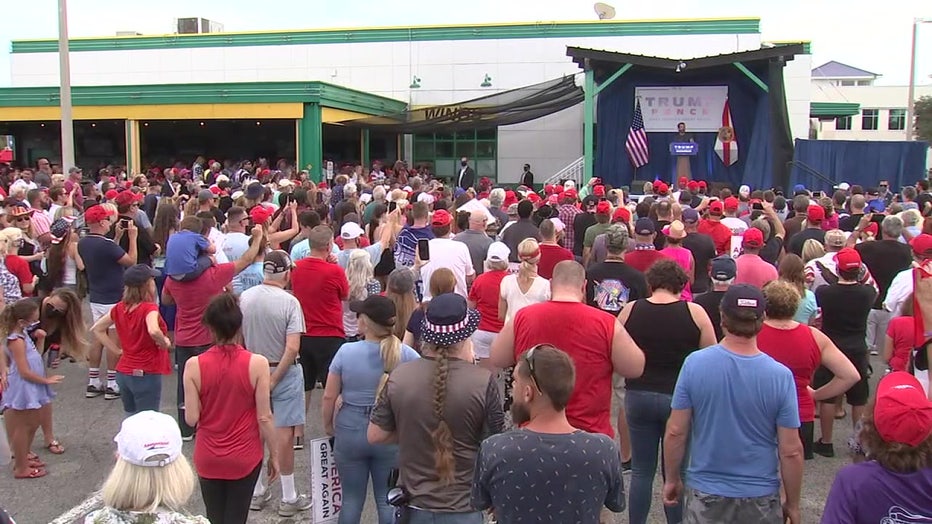 Supporters hung on every word.

“I know what the other side is. I don’t need that I don’t want that. I want what Trump has,” said Dave Marsh, a Trump supporter. 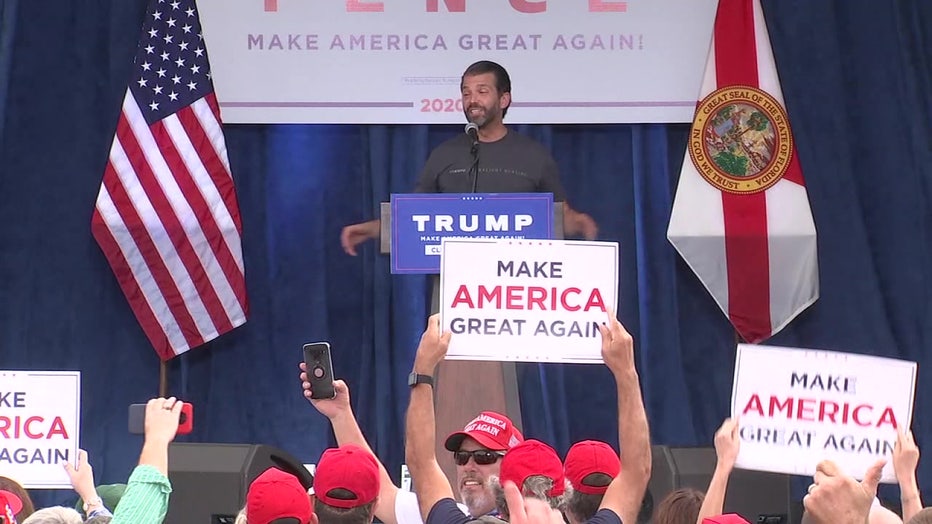 Following the approximately 30 minute speech, the president’s son addressed the pandemic with FOX 13.

“I have a feeling much of this goes away after the election cycle. You see a lot of the fear-mongering that’s happening you, see the way they’ve handled it in Florida. My father let the states do what they want to do,” Trump Jr. said.