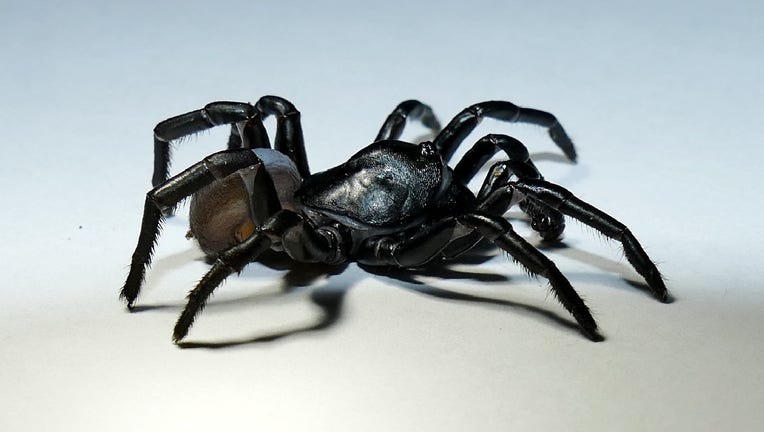 LAKE MARY, Fla. - A venomous, tarantula-like spider discovered in South Florida in 2012 has been identified as a new species of medium-sized trapdoor spider, according to experts.

The Pine Rockland Trapdoor Spider (Ummidia richmond) was found by a zookeeper at Zoo Miami who was checking reptile traps in the endangered Pine Rockland forest surrounding the zoo.

Another spider located about two years later was sent out to experts for an evaluation. It was confirmed as a previously undescribed species by Dr. Rebecca Godwin, of Piedmont College in Georgia.

"The fact that a new species like this could be found in a fragment of endangered forest in the middle of the city underscores the importance of preserving these ecosystems before we lose not only what we know, but also what is still to be discovered. Venoms of related species have been found to contain compounds with potential use as pain medications and cancer treatments," said Frank Ridgley, DVM, Zoo Miami Conservation & Veterinary Services Manager.

Experts say spiders like the newly discovered species can live for decades in the same burrow over the entirety of their lifespan. For humans, the spider's venom has been likened to a bee sting.

Zoo staff says they have only found a handful of males through the years and a female of the species has yet to ever be discovered.

"Considering only about 1.5% of the pine rocklands outside Everglades National Park are left in Miami-Dade County, it is likely that this endemic and elusive spider is already imperiled,"  Zoo Miami posted on its website. "Zoo Miami staff is grateful to Dr. Godwin for years of work in confirming the identification of this new species and are inspired that discoveries like this can still be made, even in the middle of a large developed region like the Greater Miami Area."