Teen on skateboard killed in hit-and-run

PARRISH, Fla. - Florida Highway Patrol troopers say now say the skateboarder killed overnight in Parrish was only 15 years old, not 21 as initially thought. Meanwhile, the search for the driver continues.

He has been identified as Thomas Jaren Croumbley.

Early Wednesday morning, Manatee County paramedics were responding to an emergency call when they noticed a skateboarder riding in the middle of the road near Upper Manatee River Road and Waterlefe Boulevard, according to troopers. As the EMTs were driving back after responding to their call, they noticed the debris from a recent crash. 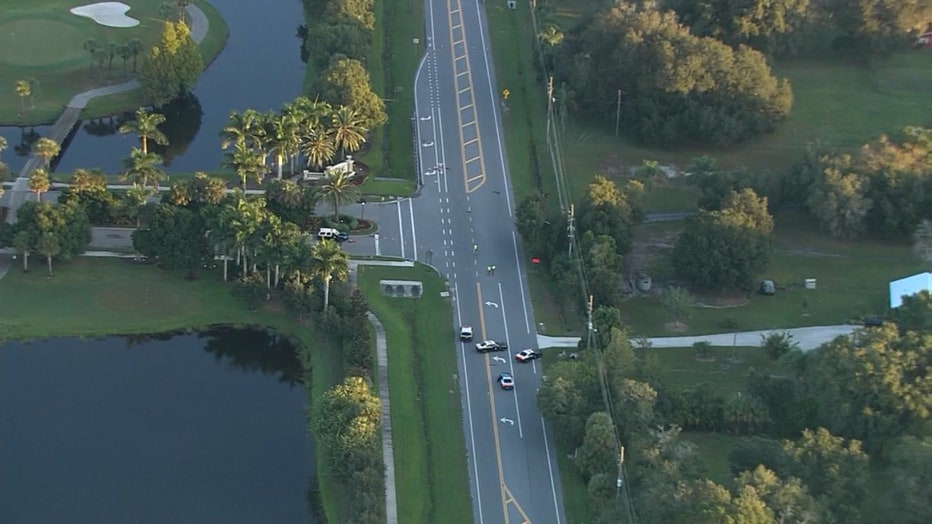 The view from SkyFOX shows the scene where a 21-year-old skateboarder was hit and killed by a driver.

Troopers said it turned out to be the scene of a hit-and-run crash involving the skateboarder, Croumbley, who died at the scene.

The vehicle involved is possibly a Toyota Tacoma, made between the years 2012 and 2015. Troopers said there should be extensive front-end damage, and they wouldn't be surprised if it was disabled.

"Turn yourself in," said Trooper Kenneth Watson, a spokesperson with FHP. "Let this family get some sleep at night."

Anyone with information is asked to call the Manatee County Sheriff’s Office at 941-747-3011.