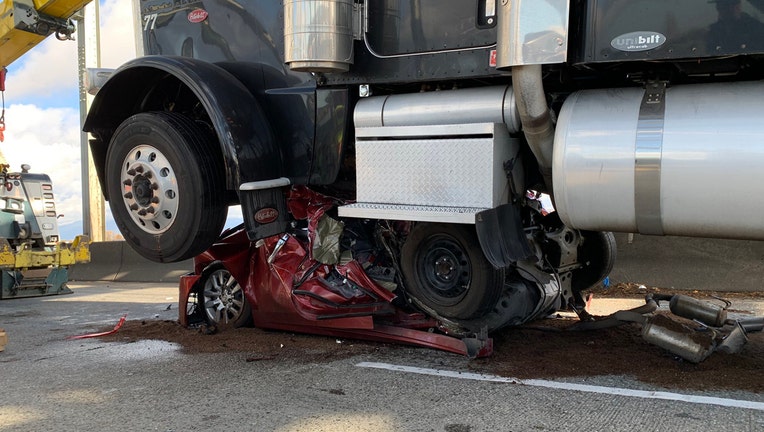 MOUNT VERNON, Wash. - "In my 14-year career, I have never seen anything like it," a Washington state trooper said in a tweet after a crash that folded a car in half, but the driver managed to get out with only minor injuries.

Washington State Patrol District 7 Public Information Officer Rocky Oliphant posted a series of tweets about the crash including photos that show a semi-tractor-trailer sitting on top of the demolished passenger vehicle.

"There’s really not a word to describe this collision," Oliphant tweeted. "Miraculously believed to be minor injuries." 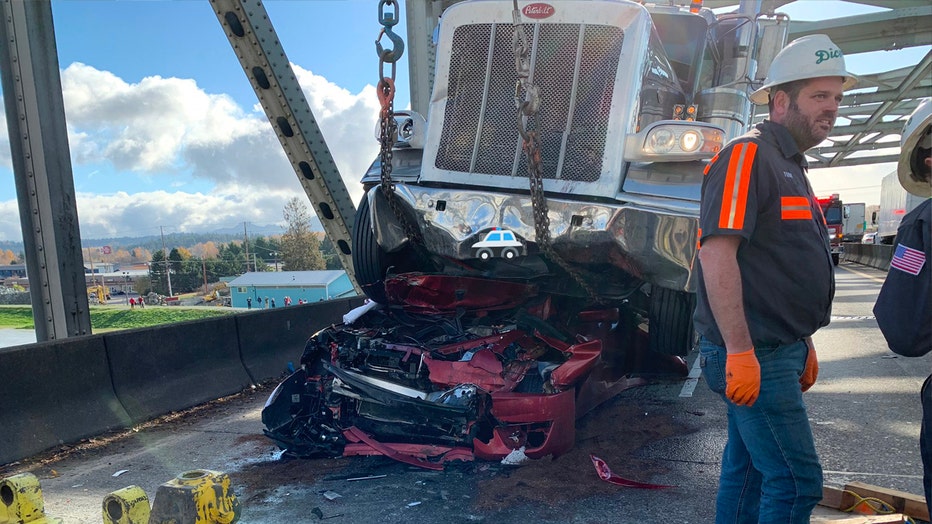 The crash happened Tuesday on Interstate 5 at the Skagit River in Mount Vernon, Washington.

Oliphant said the semi rear-ended the car, folding it in half. The truck came to a rest on top of the car, which was unrecognizable in photos. 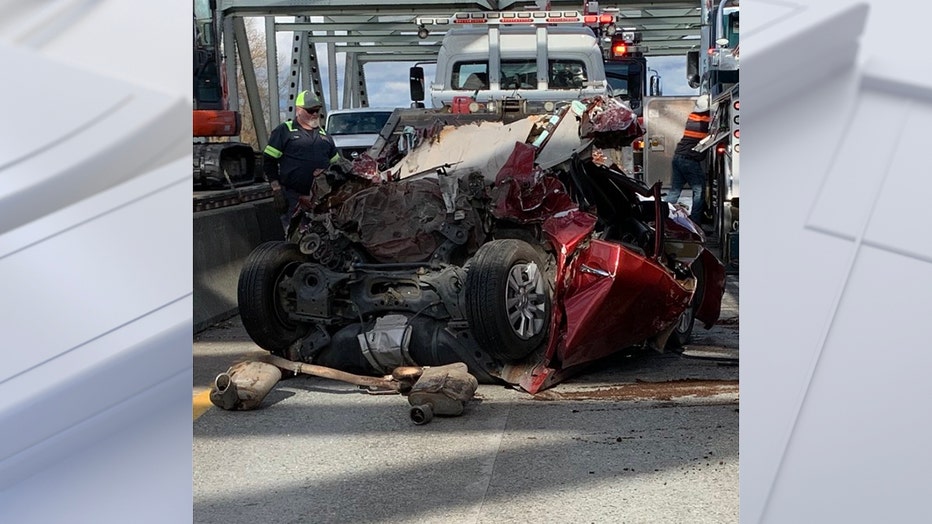 Troopers did not release information about the vehicle, other than saying it was a small passenger vehicle.

Oliphant followed up his tweets after many commenters asked how someone managed to survive the crash.

"I’m seeing a lot of questions about how she got out of the car. After the tow truck lifted the front end of the semi off the car, she was able to get out on her own power," Oliphant added.

The driver of the semi was cited for following too closely.