CLEARWATER, Fla. - A driver was rescued and taken to the hospital after his car was sucked into a water-filled hole in a Clearwater roadway.

Crews with Largo Fire Rescue were called to Bay Cove Apartments on US 19 just before 4:30 p.m. to rescue the man from his swamped car. 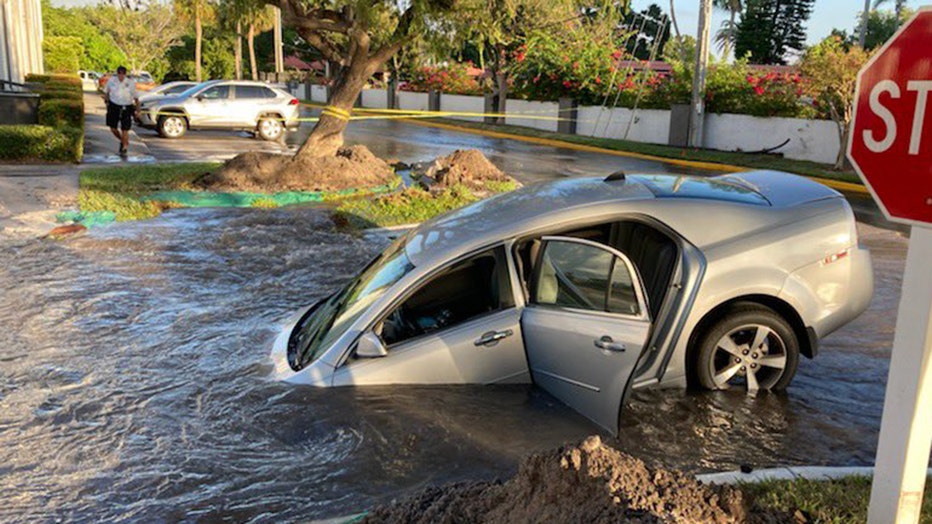 The hole formed when construction crews accidentally ruptured a water line. The resulting leak washed out a large hole in the roadway.

The condition of the driver was not released, but fire rescue said he was taken to the hospital as a precaution.