PALMETTO, Fla. - From underwater submersibles to drones in the sky, a lot of technology has been utilized to keep track of what's going on at Piney Point.

Drones from a company called Videophotog Productions were put into the sky around the clock, giving local and state officials the up-close view they needed to see the reservoir. Now they're being put to work to scan our waterways for any changes.

Melissa Matisko, Dan Foard, and Amber Demott, with Videophotog Productions, provided crucial video to Manatee County and the Florida Department of Environmental Protection of the breaches at Piney Point.

"They would guide us where to go, what to see, what they needed to see so they could know what was happening with the breach and warn us before a break," Matisko explained. 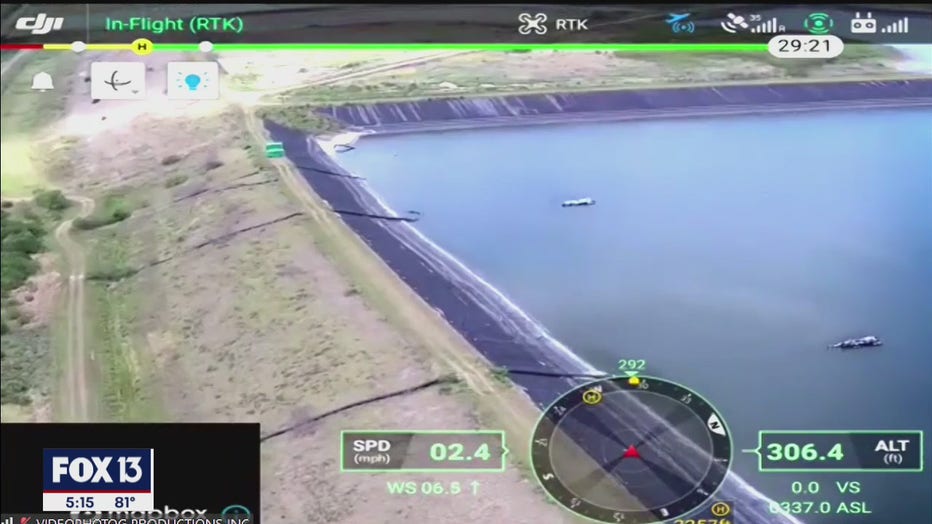 The crew had been stationed at Port Manatee, using their drones to check water conditions as a breach at Piney Point grew.

"They could see, real-time, there was only about a one-fourth-second delay from what we could see to what they saw," Foard described. "We were camped in this thing for four days, 24 hours a day, broadcasting live to the EOCs and all the rest of the world watching and they could see everything they needed to see to make assessments and adjustments."

In the long-term, Manatee County wants to get rid of the water at Piney Point. Tuesday, commissioners approved a deep well injection site that will be fast-tracked through the DEP.

They would fly non-stop based out of their own SUV. The live feed could be viewed on Zoom and the county's YouTube page for 30 straight hours.

"Having this 24/7 live stream video was very transparent and we are very proud we were able to offer those services," Foard said.

Now, the team is shifting its focus to monitoring. 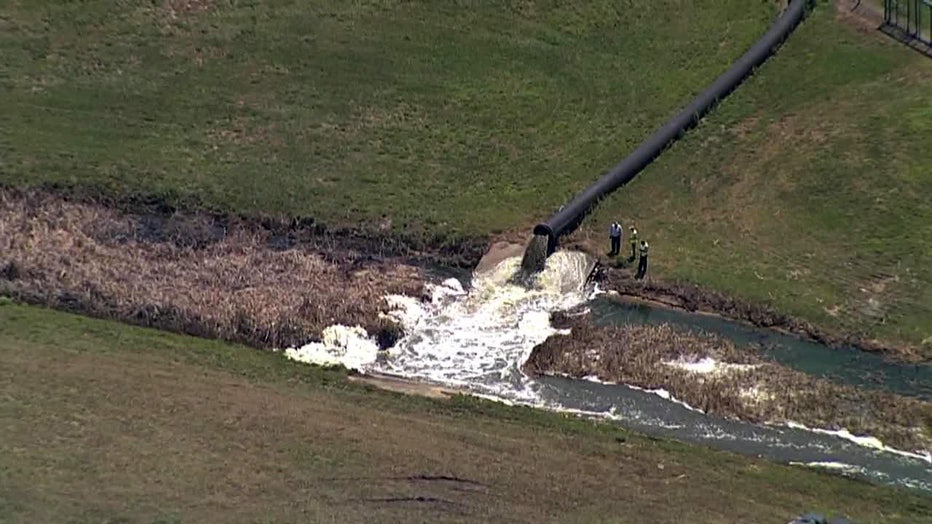 "We are also using geo-spectrum that will analyze the water conditions and we hope to take that data download it and pass the information to professionals who can hopefully notify instant notification of the water conditions," Demott said. "The capacity that it gives us and the capabilities is beyond measure. It has made this experience here just invaluable. It was an invaluable capability of what we can do."

Manatee County also has its own drone program. At any given time, there have been up to five drones in the sky watching over Piney Point. That work will continue over the next few months.

The threat of a large-scale breach of contaminated water is over at the old Piney Point phosphate plant but concerns remain over water leaking from the holding ponds and the proposed solutions to fix short and long-term problems.

USF researchers are joining the efforts to assess the impacts from the Piney Point breach.