PALMETTO, Fla. - The threat of a large-scale breach of contaminated water is over at the old Piney Point phosphate plant but concerns remain over water leaking from the holding ponds and the proposed solutions to fix short and long-term problems.

Wednesday night, a dive team and an underwater submersible went inside the pond, hoping to find a way to plug the leaks. But the team is only able to work on one of the several ponds at Piney Point.

In the long-term, Manatee County wants to get rid of all that water. Tuesday, commissioners approved a deep well injection site that will be fast-tracked through the DEP.

Water will be treated and then injected deep below the aquifer, then capped off on county property.

For now, the water releases continue.

Meanwhile, water testing in Tampa Bay has also ramped up.

But samples near Port Manatee, where the discharge is happening, show high levels of phosphorus.

Environmental experts remain concerned about the Piney Point leak and its lasting impact on marine life. A team of USF scientists will head out on a research vessel Wednesday to collect water samples.

Nearby residents have been allowed to return, but their fears are far from gone.

After being evacuated from her home of 33 years, Yoko Willis returned Monday night. Now that flooding from a large-scale breach is no longer a threat, her concern turns to the environment.

"We come home and everything is OK here," she said Wednesday. "Our neighbors, everybody goes fishing. We eat a lot of fish. The neighbors catch it and bring it to us."

The news of hundreds of millions of gallons of polluted water being dumped into Tampa Bay is causing big problems for those who rely on the natural beauty of the area for their livelihood.

Resident Pat Burg shared those concerns, saying, "I am concerned that it might affect the fish out there in the bay and even create the algae."

The DEP has set up a page at protectingfloridatogether.gov for concerned citizens to track 15 locations where water samples are being tested, as well as the flow of water. Environmentalists say testing needs to continue. 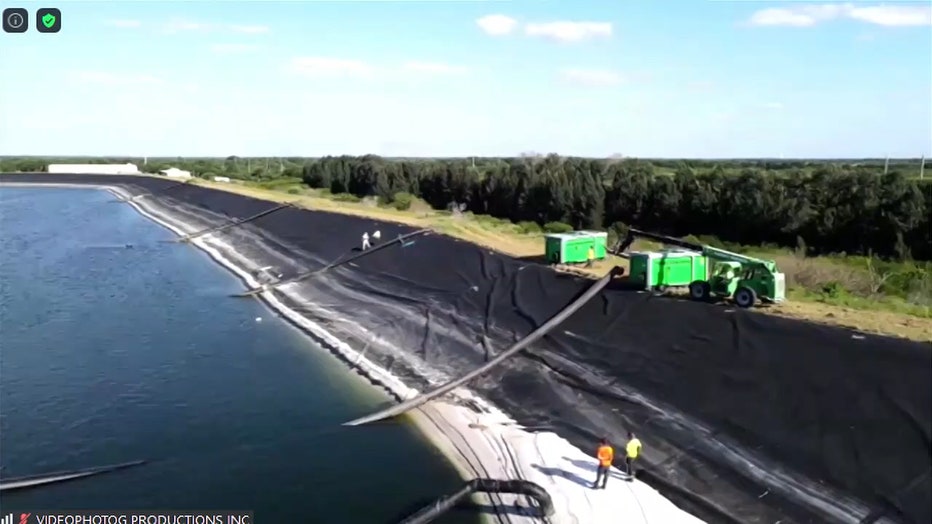 "As the flows subside, they really need to ramp up as much as they can pre-algae bloom conditions and monitor as much as they can and model the contamination of where they think it will go," explained Justin Bloom of Suncoast and Tampa Bay Water Keepers.

The unknowns of discharging 173 million gallons of water filled with nutrients into Tampa Bay is a concern of its own.

USF researchers are joining the efforts to assess the impacts from the Piney Point breach.

About 258 million gallons of water remain in the Piney Point gypsum stack.

The water coming into Pat Berg’s home is pulled from a well deep underground. 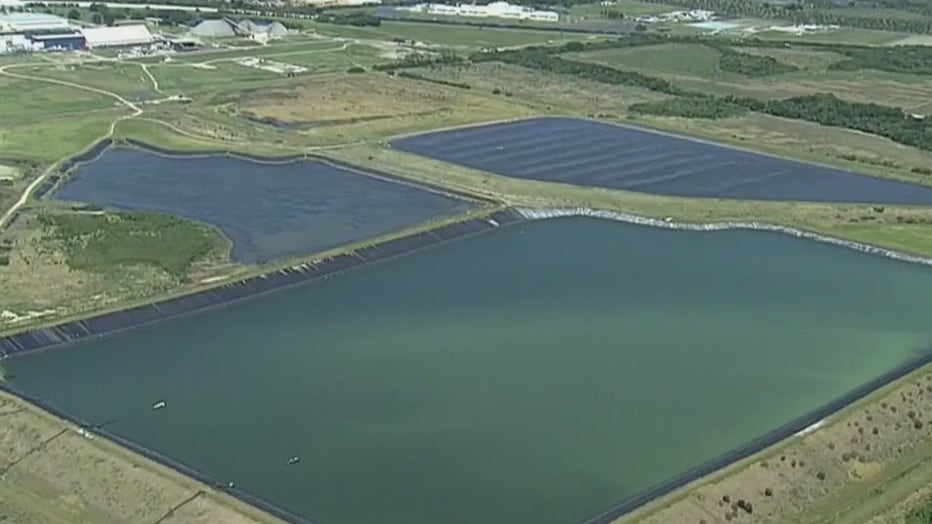 It's still a solution that leaves them with mixed feelings.

"I’m going by what the experts say about the deep well injection… I myself don’t know anything about it, but I’m trusting in their expertise," Berg said.

MORE: Who's to blame for the Piney Point wastewater mess -- and its $200M price tag?

Resident Kim Williams added, "I’m not crazy about the idea, but they are saying they are going to filter it. As long as they are doing that part of it, I guess it is part of a solution." 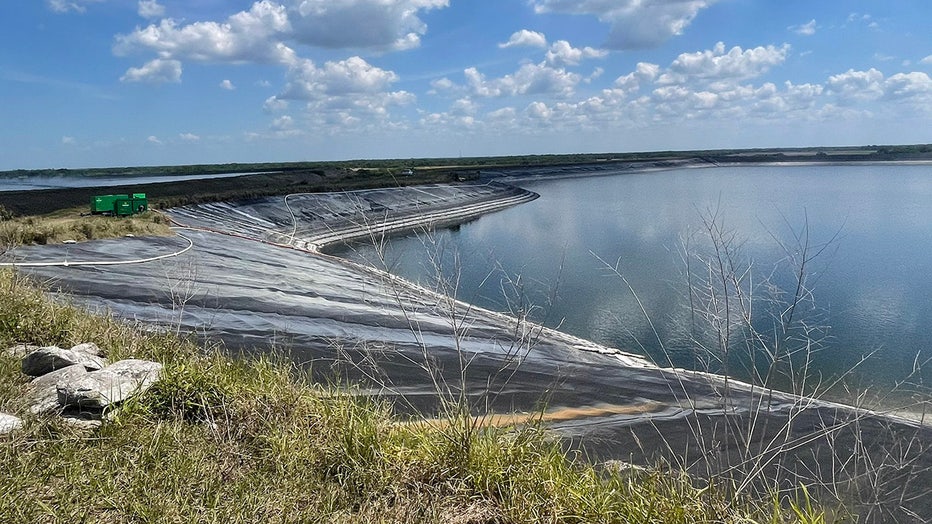 More of the liner is exposed as the wastewater drains on April 6, 2021. Photo courtesy Manatee County Public Safety Department.

Environmentalists don’t buy it. They prefer another solution, like reverse osmosis, which has a much higher price tag.

"I’m concerned if deep well injection is used here it’ll become accepted as a day-to-day management technique for phosphate industry elsewhere. I think that would be a terrible and likely result," Bloom explained.

But right now, Manatee County has a pond full of leaking water to contain, millions of gallons of nutrient-filled liquid going into the bay daily.

"That’s the key thing. They’re saying they are going to filter it. Let’s hope they do," Williams said.

Who is HRK Holdings?

State and local government officials say they’ll hold the Piney Point site owner, HRK Holdings, responsible for the environmental cleanup following the leak of polluted water into Tampa Bay and surrounding waters.&nbsp;But that may be easier said than done.