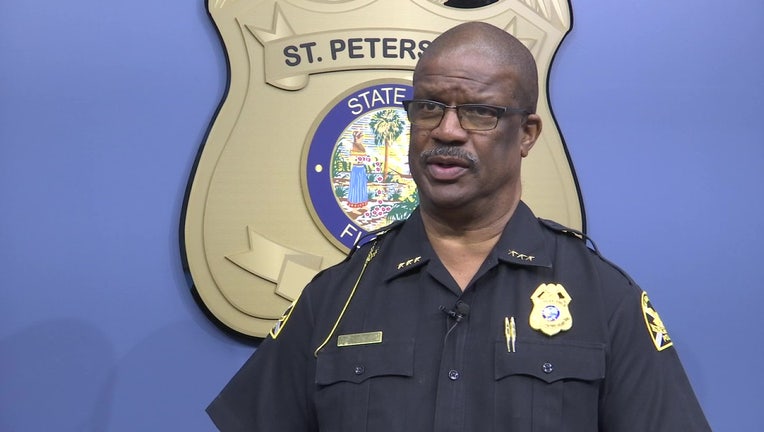 Chief Anthony Holloway prompted the investigations in September after one officer was charged with DUI in Hillsborough County and the other was accused of falsifying payroll timekeeping documents.

St. Pete PD says Officer Cody Csendom was charged with DUI after he crashed into a power pole in Hillsborough County on November 22, 2021.

The Command Review Board of the St. Petersburg Police Department issued him with a 160-hour suspension without pay and ordered him to abstain from the use of all alcohol products for 18 months, be subject to random alcohol and drug testing for 18 months, and undergo mandatory counseling through the Employee Assistance Program.

St. Pete PD said that, between Sept. 20, 2021 and March 20, 2022, Officer Bill claimed his travel time to and from work as time on the clock, which is against department policy.

He also claimed regular work time for a day when he was on vacation, on at least one occasion.

The Command Review Board issued Officer Bill a 250-hour suspension without pay and deducted his accrued vacation balance from the 100 hours he did not properly code in the city's payroll system.

Officer Bill has been an officer with St. Pete PD since 2008. He was assigned to the Marine Unit during the dates investigated and has been reassigned to a patrol squad.