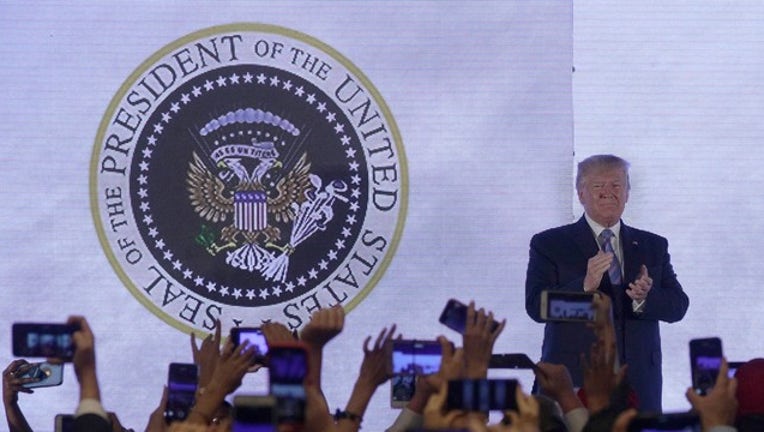 President Donald Trump applauds in front of a doctored presidential seal with a double headed eagle and a set of golf clubs as he arrives to address the Teen Student Action Summit July 23, 2019 in Washington, DC.(Photo by Alex Wong/Getty Images)

WASHINGTON (AP) - The White House says it didn't know that an altered presidential seal featuring a two-headed eagle clutching golf clubs would be displayed at a speech by President Donald Trump this week.

Spokesman Judd Deere says officials "never saw the seal" before it was projected on a screen behind Trump as he was introduced at Turning Point USA's teen summit on Tuesday. The real seal has a bald eagle clutching arrows in one set of talons and an olive branch in the other.

A spokesman for Turning Point USA told The Washington Post, which first reported on the seal, it fired a video team member for mistakenly displaying the seal.