VENICE, Fla. - Haiti was trying to recover after being hit by Mother Nature for the second time this week.

It was unclear Tuesday morning how much damage the tropical storm that followed did to the outlying areas.

"The main transport to get out to the country is motorcycles and they’re having issues getting up and down the hills because they’re so slippery right now," Krista Germeil told FOX 13 on a Zoom call from the island. 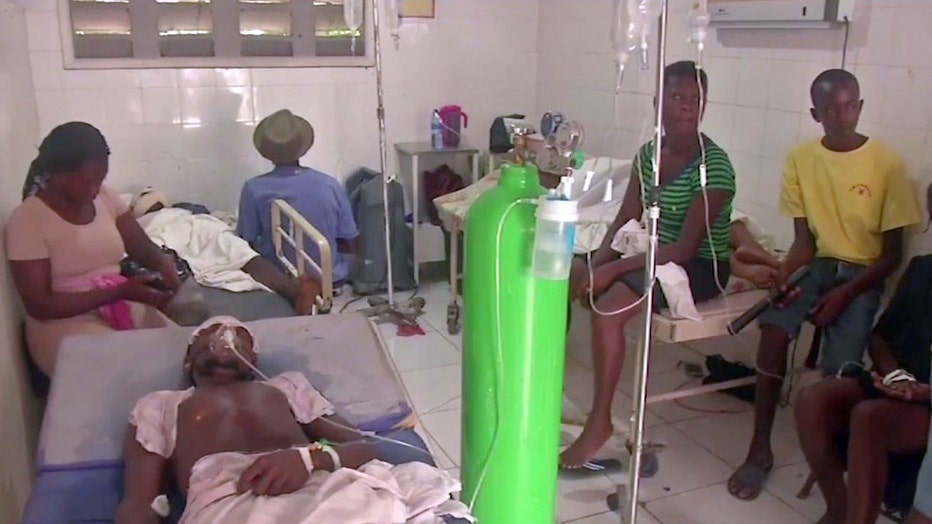 She and her husband, Marc Donald, are missionaries in the small town of Jeremie in the southwest part of the island that got hit hard by the quake.

Although people are still trying to size up how much damage was done by Grace, it is clear that she slowed efforts to get help to the victims in isolated areas.

Many of the smaller towns and villages have inadequate medical care. Victims have to be evacuated to the capital.

A planeload left the Venice Airport and arrived Sunday night, the day following the 7.2 magnitude earthquake that collapsed buildings, killed at least 1,300 people and injured at least 6,000.

"It is hard to watch a kid with an open head spending hours suffering, and no one can touch him," said Marc Donald.

In Jeremie, there is no intensive care unit or trauma doctors. Some medical equipment is old and unreliable. The hospital just put out a plea for an anesthesiology machine.

"They only have one, and it is broken," said Krista. "They are doing these orthopedic surgeries without a proper machine."

Donations of other medical supplies, food, and water are also needed. For information on how to help, visit https://www.agapeflights.com/.