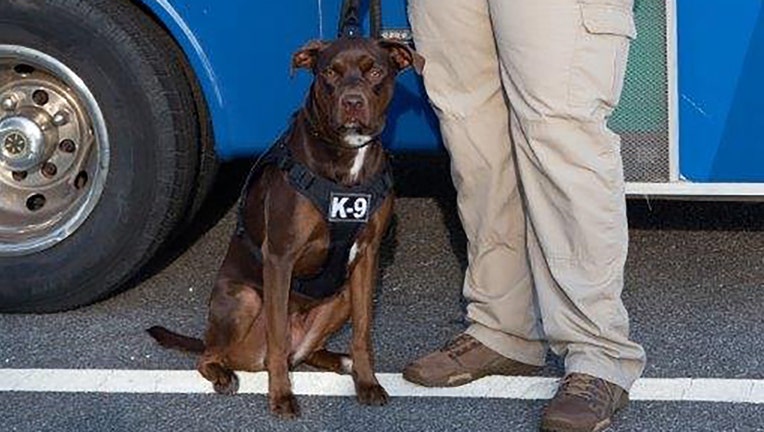 FDLE agents arrested Jason Andrew Winn, 41, on Wednesday in Pensacola on 30 counts of possession of obscene material and one count of promoting sexual performance of a child, the Pensacola News Journal reported.

Winn was being held Thursday in the Escambia County Jail. Bond was set at $160,000.

A law enforcement office in Texas learned that obscene material had been downloaded by a computer with an IP address linked to a Pensacola residence, according to an arrest report. The agency in Texas was redacted in the report.

The agency shared the information with authorities in Florida, which led to an investigation by the FDL and the Escambia County Sheriff’s Office.

Officials determined that the IP address was associated with Winn's internet account, according to the report.

Deputies and agents executed a search warrant on Wednesday and located pornographic images depicting children on a laptop. An FDLE K-9 named Maple was used to search for other electronic storage devices.

Maple is a 4-year-old rescued lab mix who is one of only three electronics sniffing K-9s in the state. FDLE said she is able to sniff out anything that can digitally store information, such as USB drives, hidden cameras, computers, thumb drives, cell phones, CDs and DVDs.

The dog alerted agents to a box in a closet labeled "Jason Books & Odds & Ends," according to the report. The agents found a Paracord bracelet with a USB drive hidden inside, which contained additional images of child pornography.

Jail records did not list a lawyer for Winn.