NEW PORT RICHEY, Fla. - A depression in New Port Richey grew overnight and now measures 46 feet across and approximately 130 feet deep. The hole was initially 5 feet wide when it was first discovered Monday.

"It's crazy that they can grow that big in such a quick amount of time so it just makes me nervous," resident Whitney Lovely said.

The depression is located on private property along a portion of Spring Haven Boulevard in New Port Richey. County officials first discovered the hole Monday when it measured 5 feet across and 10 feet deep.

"The hole is still very unstable. It's still growing. The bottom has opened up dramatically. We can see the water table now. We can actually see the water table has a current. We see the water going back and forth in the bottom so out of caution we decided to put the fence up," Pasco County Emergency Management Director Andrew Fossa said. 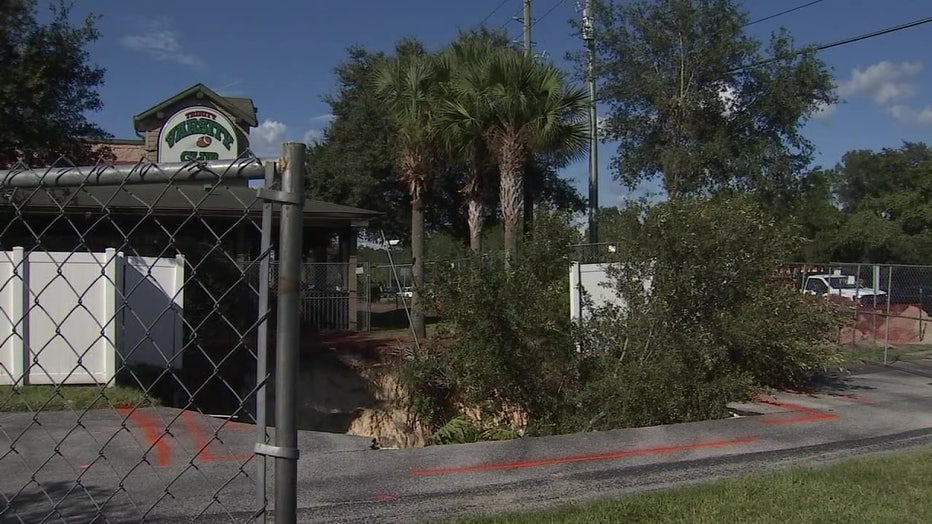 As a precaution, county officials shut down the outside southbound lane of Little Road. The Varsity Club Sports Bar reopened Thursday after being shut down Wednesday. Its outdoor seating area is just feet from the hole remains closed.

"This restaurant is really good to us. It's really good to the community. They do a lot of stuff with the high school and with local sports and so I really hope they don't lose business because of this," Lovely said.

Saturday, an engineering firm hired by the county conducted underground testing at the site. As of right now, the hole is still being classified as a depression as county officials continue to keep a close eye on its growth. 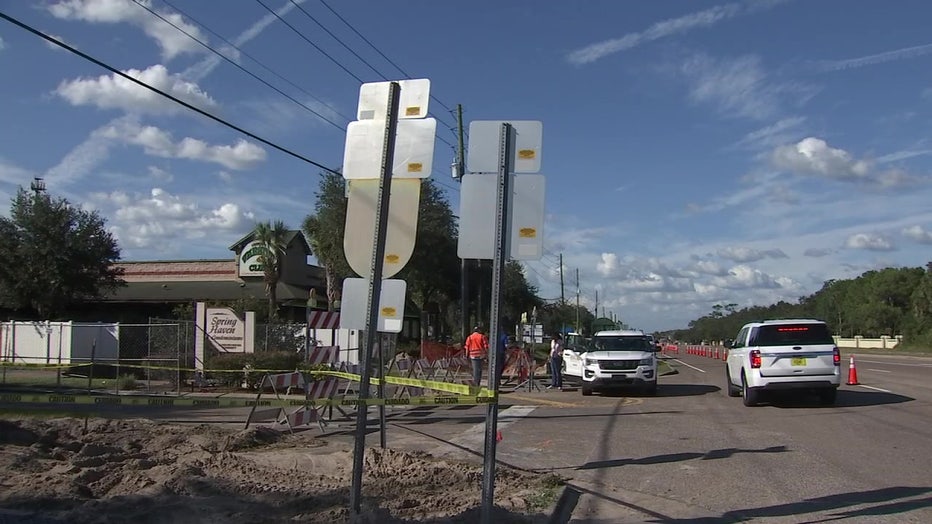 "That could totally destroy your home, your neighborhood. I know it's happened in this area so absolutely as a homeowner I do think about that," resident Scott Wilder said.

The county says test results from the underground testing would be available early next week.