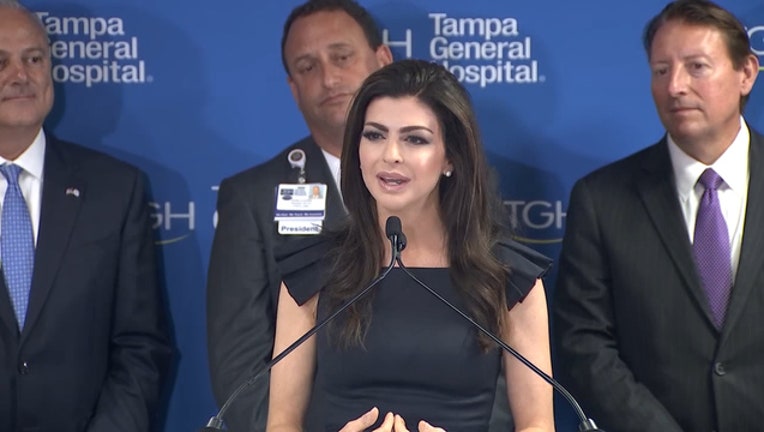 TAMPA, Fla. - The second execution ordered by Gov. Ron DeSantis will keep first lady Casey DeSantis from a campaign rally for President Donald Trump, according to the governor’s office.

On Monday, Trump’s re-election team sent out an advisory that Florida's first lady would be joining former Florida Attorney General Pam Bondi and presidential counselor Kellyanne Conway as the featured speakers at a Women For Trump campaign rally scheduled Thursday in Tampa.

But the governor’s office noted later Monday that Casey DeSantis will not be able to attend the rally, as the event is being held shortly after the scheduled 6 p.m. execution of death row inmate Gary Ray Bowles.

“The day of an execution is somber, including out of respect for the victims and for that reason, first lady Casey DeSantis will not attend any public events,” Helen Ferre, a spokeswoman for the governor said in an email Monday after the campaign announcement had been posted.

Bowles, 57, is to be executed for the 1994 murder of a Jacksonville man who was hit in the head with a concrete block and strangled during a robbery. Bowles, also serving life sentences for the murders of men in Volusia and Nassau counties, has confessed to murdering men in Georgia and Maryland and that evidence suggested he targeted gay men.

Thursday's campaign event at the Tampa Convention Center, hosted by the Donald J. Trump for President, Inc. political committee, is being billed as “An Evening to Empower,” marking the 99th anniversary of women receiving the right to vote through the ratification of the 19th Amendment.

The event is also part of a series of "Trump Victory Leadership Initiatives" the same day, focused on registering voters ahead of the 2020 elections.