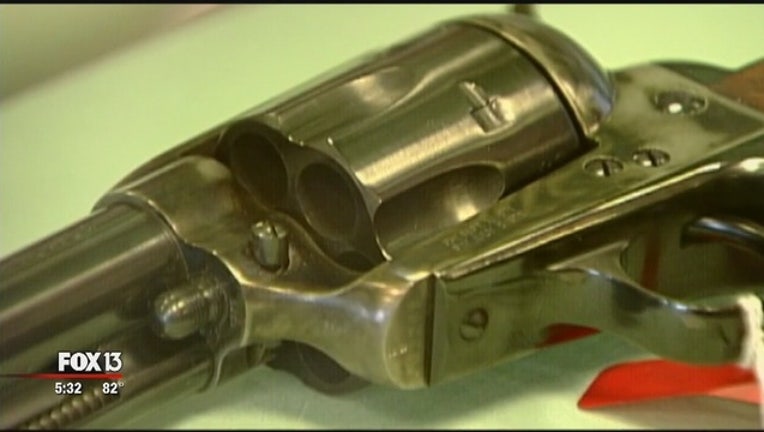 TAMPA (FOX 13) - Gun violence and mental illness have made cities like Newton, Connecticut; Aurora, Colorado, and Roseburg, Oregon well-known nationwide. They are the sites of deadly mass shootings, where the gunman was believed to be mentally ill.

“Someone who goes out and kills multiple strangers with a gun, that’s not the act of a healthy-minded person. That’s the act of a disturbed person,” said Jeffrey Swanson, professor of psychiatry at Duke University. “I think we should bear in mind that on the day of any one of these horrifying mass shootings, 92 other people in the United States died as a result of a gunshot.”

Swanson and many other mental health professionals spoke at the University of South Florida on Friday during an open dialog with the public on guns, violence, and mental health.

Both experts and residents who attended the conference agreed that both gun violence and mental illness are issues that need to be addressed urgently in our country, but opinions were varied on whether more control over who has access to guns would have an impact.

“I think it would be too hard to get regulations,” said Barbette Gelet, who came to the conference out of concern for her granddaughter, a student at USF.

Gelet said it is frightening to see so many shootings on college campus in recent years, but as a gun owner, she is not in favor of making it tougher for people to gain access to weapons.

“They can get them anywhere off the streets. Not having them is not going to help any,” she continued.

Former Tampa police chief Jane Castor spoke on how violent crimes are down both locally and nationally, but media coverage of mass shootings creates a perception that crime rates are higher.

“The reality is that there’s less crime now, per capita, than there’s been in decades,” said Castor. “TPD has taken close to 800 firearms off the streets of Tampa this year alone.”

While no specific solution was reached, speakers suggested both mental illness and gun violence should be addressed as public health issues.