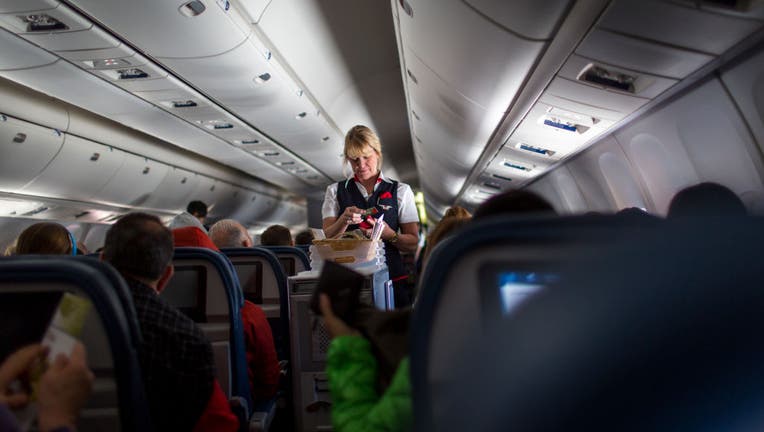 Airlines will be required to give flight attendants at least 10 hours off duty between shifts, one more hour than currently, under a rule announced Tuesday by the Federal Aviation Administration.

Acting FAA Administrator Billy Nolen said that the extra hour of rest would contribute to safety.

The rule goes into effect in 30 days, and airlines have up to 90 days to comply.

Congress directed the FAA in 2018 to increase the rest requirement for flight attendants and eliminate a provision that let crews work with less rest under some circumstances.

Guitar Center teamed with the airline to give passengers a special welcome to Hawaii (Credit:Guitar Center)

"It took us way too long, but we are finally here," Nolen said at a news conference at Reagan Washington National Airport, where he was flanked by more than a dozen flight attendants.

Current federal rules allow flight attendants to work up to 14 hours in a day and get nine hours of rest between shifts.

The Association of Flight Attendants has fought for years for a longer break between shifts. The union thought it had prevailed four years ago, when Congress voted by large margins to require more rest. The union’s president, Sara Nelson, appeared with Nolen at the news conference and accused the Trump administration of attempting to kill the expansion through regulatory foot-dragging.

Union officials have pointed to a 2020-2021 increase in incidents involving unruly passengers as demonstrating the need to give cabin crews more rest between shifts. Airlines have reported fewer incidents since the federal requirement to wear face masks on flights ended in April.

"This is a small handful of people making it hell for flight attendants on the front lines," Nelson said.

The FAA took public comments on the extra rest requirement in both 2019 and 2021 and received more than 1,000 comments from airlines, flight attendants and the public.

Airlines for America, a trade group representing the largest U.S. airlines, said safety is always the industry’s top priority, and "having rested and alert flight attendants who are prepared to carry out their responsibilities, including cabin safety and other duties, is critical to this goal." The group said it supports "scientifically validated and data-driven countermeasures to prevent fatigue."