CAPE CANAVERAL, Fla. - Heads up, future space travelers: No more commercial astronaut wings will be awarded from the Federal Aviation Administration after this year.

The FAA said Friday it's clipping its astronaut wings because too many people are now launching into space.

The news comes one day ahead of Blue Origin’s planned liftoff from West Texas with former NFL player and TV celebrity Michael Strahan. He and his five fellow passengers will still be eligible for wings since the FAA isn’t ending its long-standing program until Jan. 1. 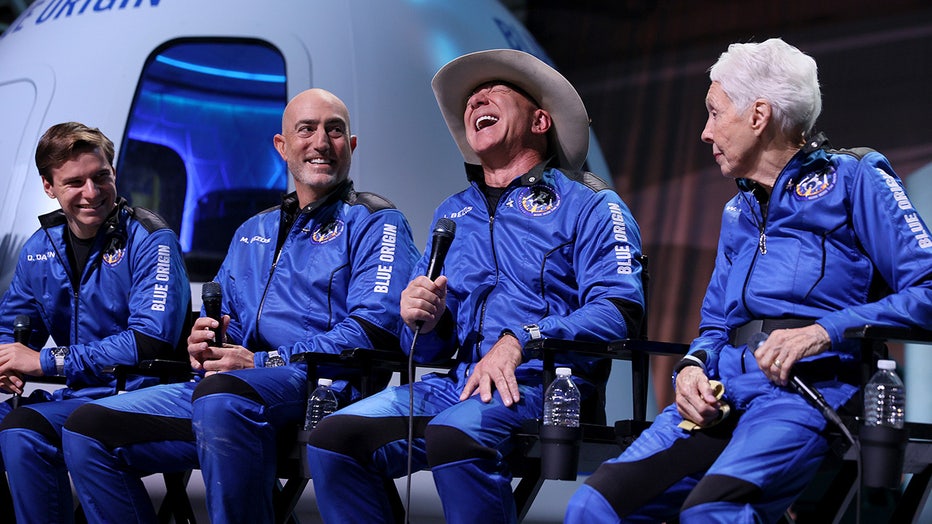 NASA's astronauts also have nothing to worry about going forward — they'll still get their pins from the space agency.

All 15 people who rocketed into space for the first time this year on private U.S. flights will be awarded their wings, according to the FAA. That includes Blue Origin founder Jeff Bezos and Virgin Galactic's Richard Branson, as well as the other space newbies who accompanied them on their brief up-and-down trips. The companies handed out their own version of astronaut wings after the flights.

Adding Blue Origin's next crew of six will bring the list to 30. The FAA’ s first commercial wings recipient was in 2004.

Earlier this year, the FAA tightened up its qualifications, specifying that awardees must be trained crew members, versus paying customers along for the ride. But with the program ending, the decision was made to be all-inclusive, a spokesman said.

While they may not get wings, future space tourists will get their names added to the FAA's official commercial astronaut list. To qualify, they must soar at least 50 miles (80 kilometers) on an FAA-sanctioned launch.

"The U.S. commercial human spaceflight industry has come a long way from conducting test flights to launching paying customers into space," the FAA's associate administrator Wayne Monteith said in a statement. "Now it’s time to offer recognition to a larger group of adventurers daring to go to space."