Hundreds of people placed wreaths on veteran’s graves in Hudson

Hudson, Fla. - Millions across America gathered Saturday afternoon to honor fallen veterans as a part of the annual Wreaths Across America movement. In the Tampa Bay Area, many cemeteries took part in the ceremonies as well, including Grace Memorial Garden in Hudson.

Nearly 400 people gathered to place wreaths on veterans' graves as a simple thank you to those who paid the ultimate sacrifice. 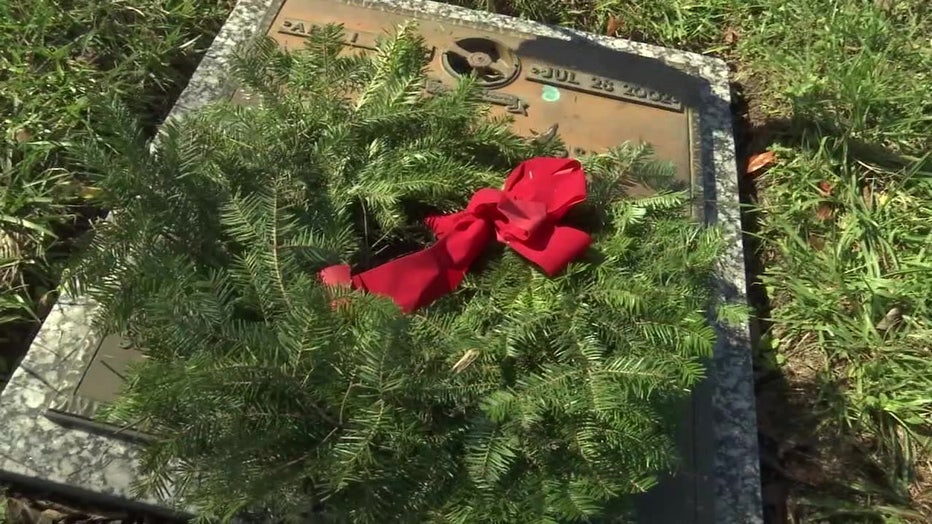 "It was a first-year project for Grace Memorial Gardens,” said Irene Chandler with the Aripeka Elks Lodge 2520.  “There are 860 veteran’s graves in this section of the cemetery and every one of them has a wreath.”The theme for wreaths across America is to do what we did today- remember those who have served. Honor those who are serving, and the most important part is to teach the next generation the value of freedom."

Participants both young and old took time to say each veteran's name before placing the wreath by their grave and thanking them for their service.

"It was with a heavy heart that I said their name and gave them their salute and saw where they served and what war they served in,” said Albert Dendler, a veteran who attended the event.  It's really quite an experience." 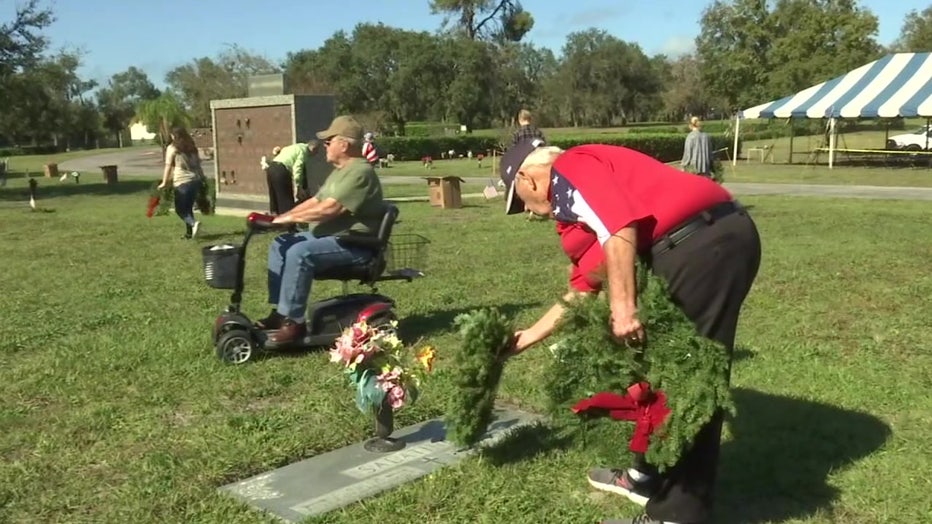 "I'm a veteran," said Dendler. "I served in the United States Army. I served in Korea, Thailand and Vietnam."

Many of his fellow servicemen and women never returned home. Because of that, Dendler recognizes the importance of saying thank you.

"They did give the ultimate sacrifice and it's something that we should endure ourselves to do for the veterans," said Dendler. 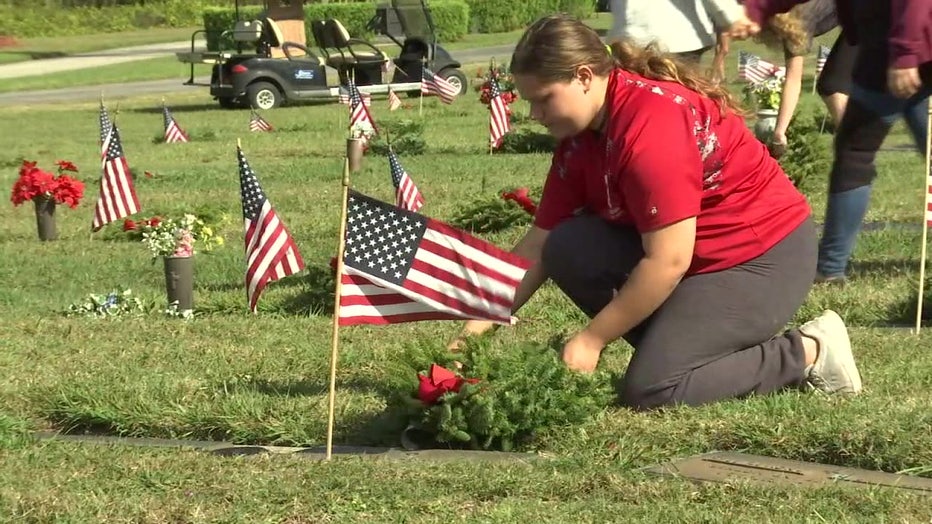 It's a sacrifice that can never be repaid, but one that will always be remembered.