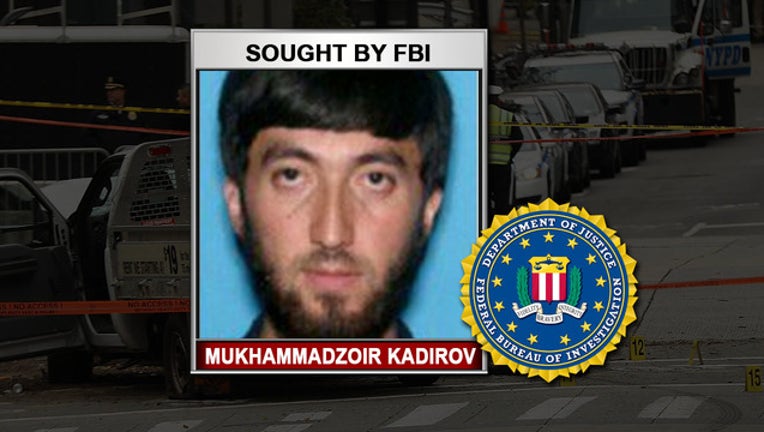 NEW YORK (AP) - The FBI is looking for information on a second man in connection with a deadly truck attack on a bike path near the World Trade Center.

The bureau on Wednesday issued a poster saying it is seeking the public’s help with information about 32-year-old Mukhammadzoir Kadirov. The poster doesn’t say why investigators want to know more about the man.

The poster says he was born in Uzbekistan. So was 29-year-old Sayfullo Saipov, who was charged Wednesday with providing material support to a terrorist group and violence and destruction of motor vehicles.

Authorities say he drove the truck down the path intentionally, killing eight people. Investigators recovered a cellphone that had Islamic State group propaganda.