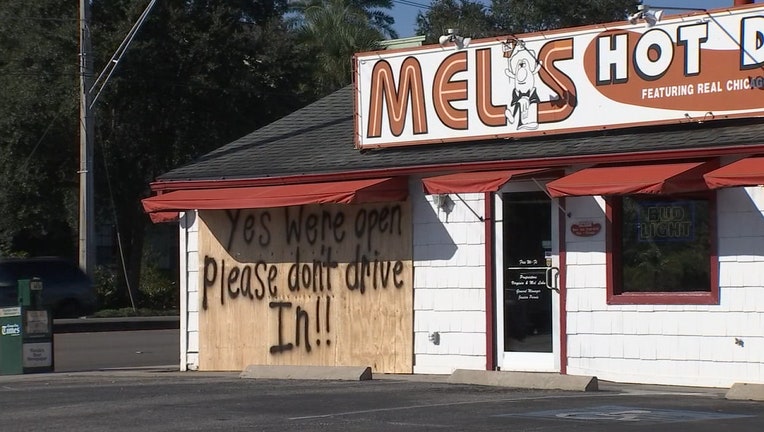 On Halloween, a car plowed into the dining area of Mel's Hot Dogs on Busch Boulevard.

TAMPA, Fla. - A casual passerby might not be able to tell from looking at the front of Mel’s Hot Dogs on East Busch Boulevard, but the restaurant is the site of one of the most recent and serious crashes along the high-traffic stretch of roadway.

In late October, a driver going at a high speed lost control of the wheel, crashing into the dining room area of the building. Fortunately, no one was sitting in the area where the car entered the restaurant and no one was seriously hurt. It’s the kind of accident the Florida Department of Transportation now says it is trying to prevent.

In a December 5 presentation to Tampa City Council, a traffic safety engineer for FDOT reports that between May and September of 2019 year, deputies with the Hillsborough County Sheriff’s Office issued nearly 50 speeding tickets to people driving over the limit on Busch. What's more -- they issued more than 300 warnings.

As part of a recently-completed resurfacing project on West Busch, FDOT crews have installed signs that tell drivers how fast they’re going beneath the posted speed limit. They’ve also added raised islands and traffic separators to protect pedestrians and break up the continuous two-way left-turn lane.

The improvements will not end there. Over the next three to five years, crews will install high-intensity activated crosswalk signals, or ‘HAWKS’ as they're sometimes called, over East Busch Boulevard, telling drivers to stop for pedestrians. 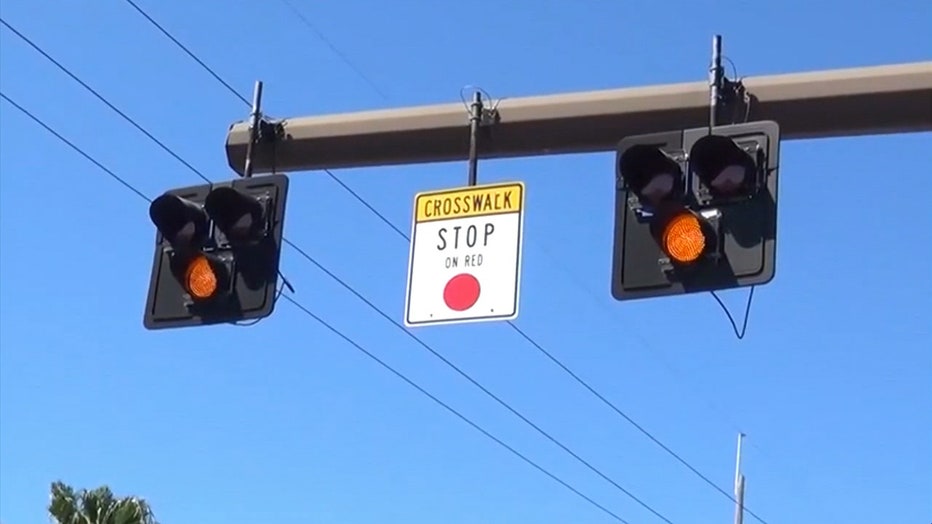 Upcoming improvements will also narrow the lanes along West Busch in an effort to slow speeds down to 35 miles an hour.
FDOT said that with these changes, it expects speeds will go down by at least five miles an hour-- eliminating more than a dozen crashes a year and nearly 70 over a five-year period.

On Thursday morning, Edith Wong with FDOT Traffic Operations will present the update on the safety improvements to Tampa City Council members. The meeting starts at 9 a.m. at city hall.