In July, a total of five women spoke to investigators about incidents they described as sexual harassment, unwanted advances, a physical attack, and a sexual assault by now-former battalion chief Brian Golden between 2004 and 2020.

In a report detailing the allegations, investigators concluded there was enough evidence to substation the claims of sexual harassment, “based on the consistency of the similar accounts by various employees.”

The report went on to say that Golden should face disciplinary action based on his actions.

“Mr. Golden’s conduct was sufficiently severe and or pervasive, as to alter the terms and condition of employment for several of his female subordinates and at last two female peers,” the report stated.

Two women told investigators similar stories of Golden tickling them and trying to wrestle them, even after they told him to stop. 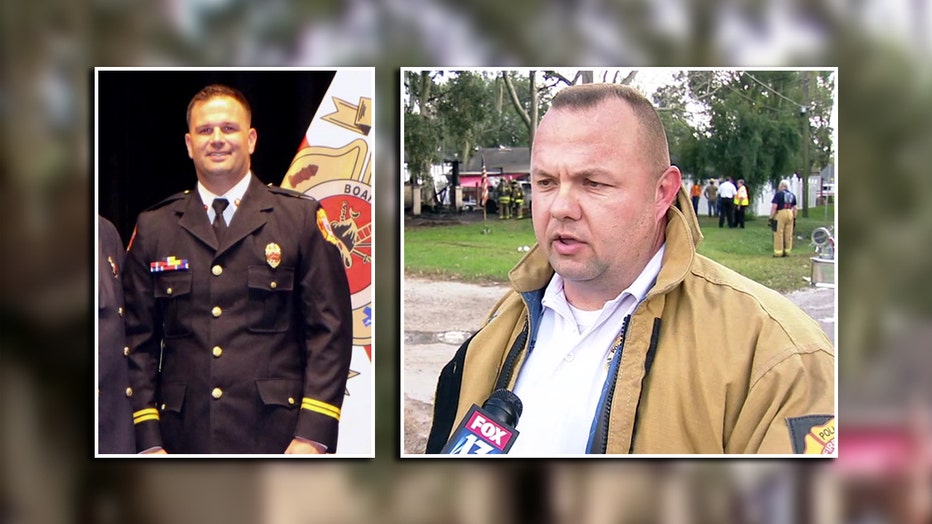 One woman told investigators that Golden began tickling her without her permission while on duty, and despite her pleas to stop, he continued tickling her until she was pinned underneath him. The woman described the incident to investigators as a sexual assault.

Later that night, she says she awoke in the middle of the night to find Golden standing at the foot of her bed, watching her sleep.

Similarly, a second woman described an incident where she was going to sleep in her station bed and found Golden in it.

Despite telling him to leave, the report says he “began physically touching and tickling the women without her permission.”

She described the incident as a physical attack so grueling that she had, “rug burns on her body from him wrestling and tickling her.”

Two other women describe incidents where Golden propositioned them for sex, while on duty, and while he was their captain or lieutenant.

A fifth woman described having uncomfortable interaction with Golden ranging from him invading her space to him making comments about her maiden name being "sexy."

Golden denied doing any of the things that were alleged by the women. He submitted his letter of resignation two days after the investigation wrapped up.

“Polk County takes allegations of sexual misconduct or harassment very seriously, and if confirmed, will take the appropriate action swiftly after conducting an investigation. Upon being brought to his attention, Deputy County Manager Joe Halman, Jr. immediately ordered an investigation that was conducted by our Employee Relations and Professional Standards Investigators and placed both employees on suspension pending the outcome of separate investigations. The county is very disappointed in these former battalion chiefs! This is not how we expect our supervisors to conduct themselves.

At this point, no policies have been changed as current policies prohibit such conduct in the workplace. Furthermore, both battalion chiefs resigned amid or prior to any disciplinary actions being taken against them. Had they not resigned employment they would have been terminated.”