TAMPA, Fla. - The Florida Highway Patrol has released the identities of a teen and an 18-year-old who allegedly fled a trooper before crashing on the Howard Frankland Bridge and jumping into Tampa Bay Thursday.

FHP says the body of the 16-year-old from Tampa, who did not have a driver's license, was found in the water by marine units.

Joshua Richard Reed-Acton, 18, from Temple Terrace, was taken to the hospital with minor injuries. Troopers said Reed-Acton has a learner's permit license. They believe he was driving the vehicle when it crashed.

FHP troopers said the events leading to the pair jumping into the water started with an attempted traffic stop on the Pinellas County side of Interstate 275 North, near the Howard Frankland bridge. 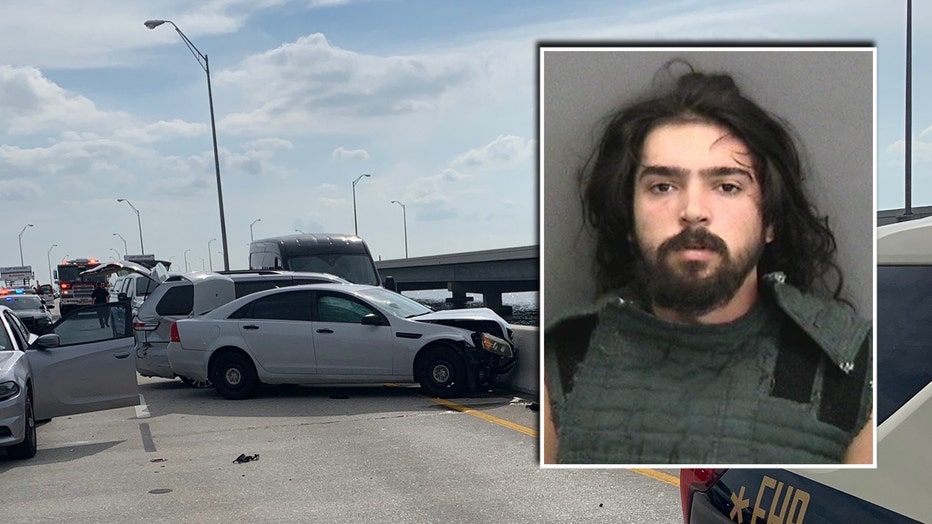 A trooper tried to pull over a speeding vehicle, but the driver sped up and the trooper backed off before the bridge.

FHP said the vehicle reached speeds of 120 miles per hour, before crashing into three cars on the Howard Frankland Bridge. 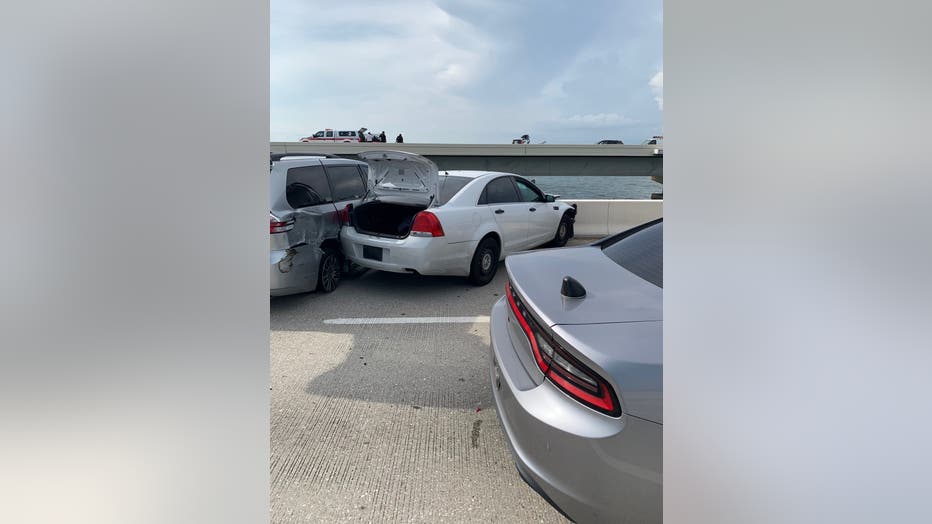 The driver and passenger got out and jumped over the edge.

Troopers said they found more than three pounds of marijuana in the vehicle and a revolver handgun on the driver's side floorboard. 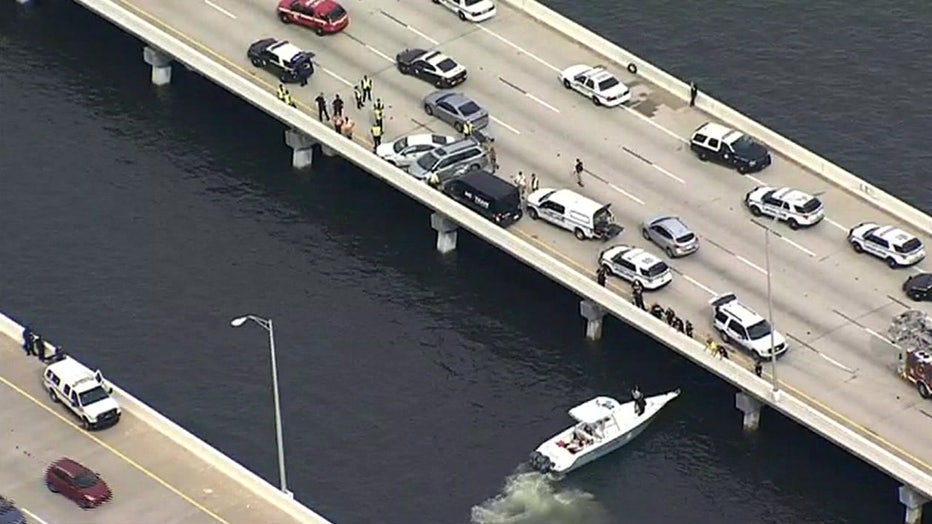