With a little more haste and a little less ceremony, but still with all the reverence, a Bartow County firefighter ran over to save a flag flying above a business that was quickly becoming engulfed by flames.

BARTOW COUNTY, Ga - A fire destroyed a Bartow County business over the weekend.  Everything was burned, except the American flag that was flying out front.  That's because in the midst of the fire racing through the building, a Bartow County firefighter saved the flag. 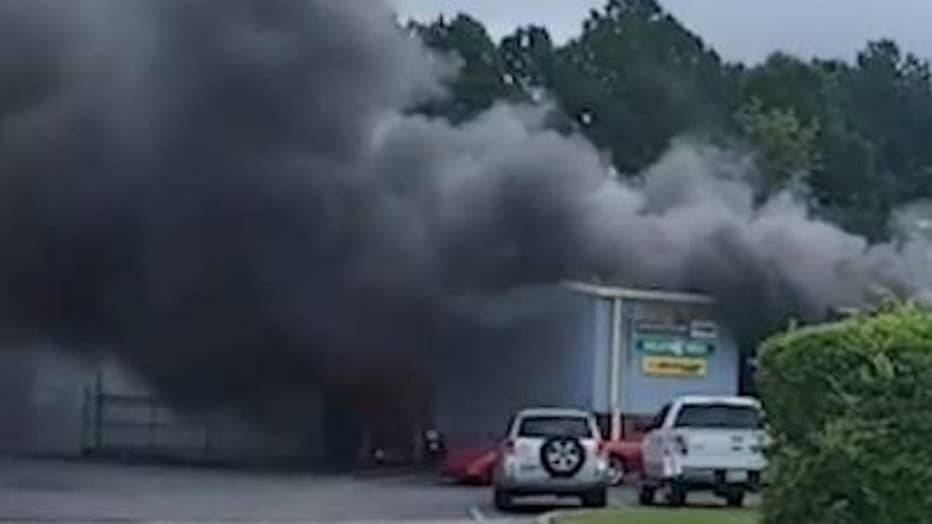 When a fire broke out at KO Automotive Saturday afternoon, it wiped out everything. More than half a dozen vehicles burned.  What's left of the building is warped from the heat. 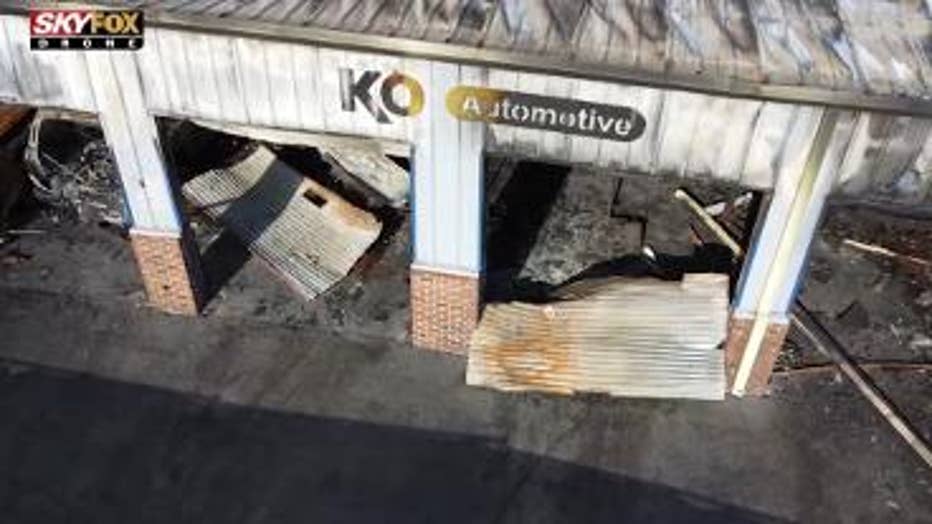 The fire was intense. Gasoline and other flammable liquids fueled the flames making it even more dangerous for firefighters.

As the flames reached the office Bartow County Firefighter Kyle Hartsook noticed the flames were within feet of the American flag.

"I looked up and saw it and said if there's anything we can save, let's save it," said Hartsook. 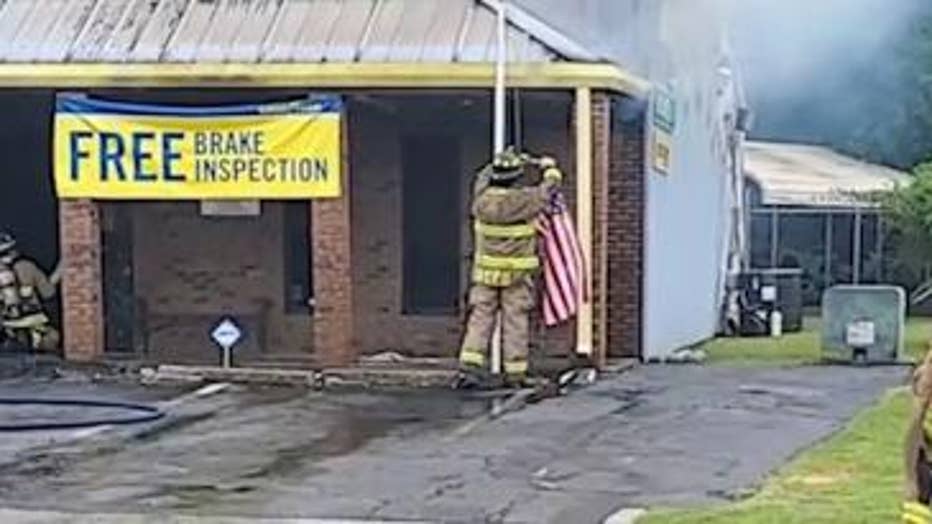 Anthony Linley II saw the fire and took a video of Hartsook taking down the flag.

"For him to take thought and say that glass is about to shatter, the office is about to go up I'm going to go over there and take down that flag.  That selfless act, I salute that firefighter," said Linley.

Linley is a navy veteran.  The firefighter's actions touched his heart.

"It means a lot to myself and many other Americans, veterans.  We shed our blood for this we have brothers and sisters who didn't come home," said Linley.

It also means a lot to the owners, Chris and Felicity Martin. There's nothing left of their business, but they can look up and see the American flag still flying.  They say when they rebuild they plan to frame this flag and keep it in their office.  They'll put another flag out front. 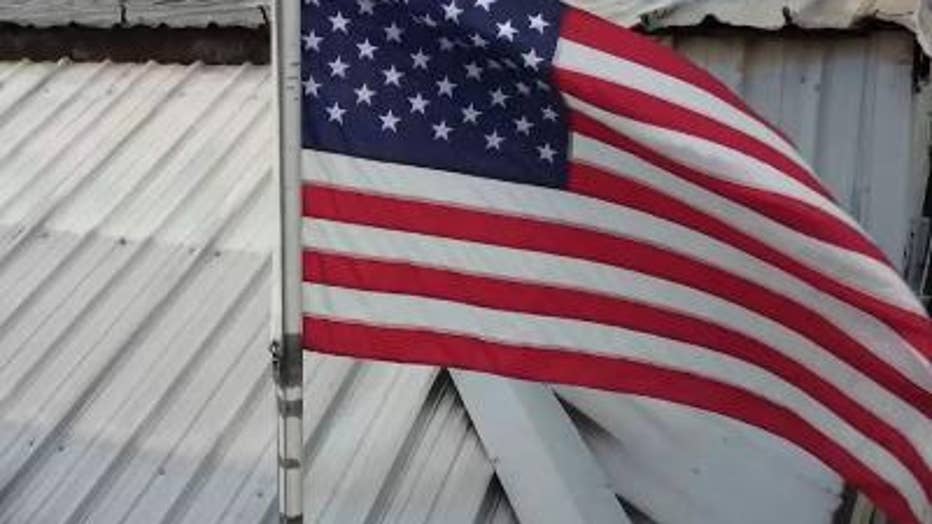 "That little small act. People needed that to reassure them, to say everything is going to be okay," said Hartsook.

When Firefighter Hartsook took down the flag he handed it to his Battalion Chief.  Once the fire was extinguished, the chief went back and raised the flag.