SYRACUSE, N.Y. - Firefighters conduct rescues all the time, but few can compare to what the Syracuse Fire Department did Friday morning.

According to a post on the department’s Facebook page, a man had gotten trapped behind a wall inside the Landmark Theatre.

Employees called 911 after hearing someone banging on the wall, pleading for help. Crews arrived and drilled a hole in the wall to place a camera inside.

After determining exactly where the man was positioned, firefighters carefully cut through clay tile and drywall to free him. Paramedics took the man to a local hospital for evaluation. 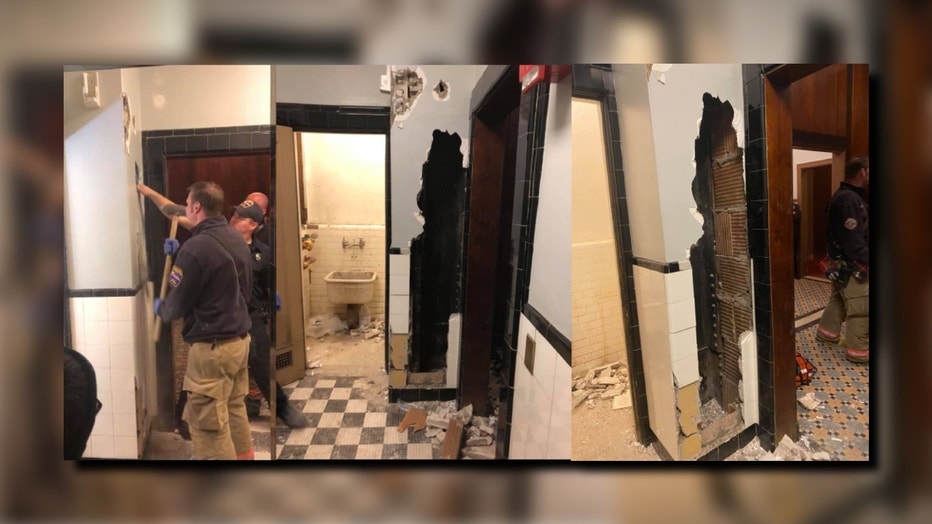 Firefighters in upstate New York rescued a man who had gotten trapped behind a wall inside the Landmark Theatre. (Source: Syracuse Fire Department)

Authorities believe he had been hiding in the building for two to three days. According to Syracuse.com, theater employees recognized the man and had seen him lurking around the building earlier in the week.

Employees lost track of him and figured he’d left, but Deputy Chief John Kane told the outlet the man got into a crawlspace in the building before falling into a space in the wall of the men’s restroom.