Snook action heating up along beaches

Snook action is really starting to heat up along the beaches during the day hunting live shrimp, white bait, and pinfish in the surf line. However, the bigger ones are definitely a little more tricky around the flats and mangroves to find, says Captain Dylan Hubbard of Hubbard’s Marina.

Coming up this weekend, we have the first quarter moon Sunday. Then the full moon is May 15. This should lead to some decent water movement, especially later in the week as the full moon approaches.

However, we have some confusing weather patterns ahead that may make the fishing a little tougher as we move into the later weekend and through the workweek. We have a front coming down that will stall out and potentially back up a bit.

Some early models are showing some tropical potential even as well. We will start to feel the front Sunday into Monday and then a high pressure tries to build. Hopefully, that will work out and keep anything from moving back on top of our area.

Due to this early season activity, frontal boundaries fighting over the area variable pressure, and higher winds, it will make the later weekend into the work week a little trickier fishing-wise. Get out there ASAP or wait till late in the week for the best chances and opportunities.

Snook action is really starting to heat up along the beaches during the day hunting live shrimp, white bait, and pinfish in the surf line. You can also target them with mirror lures or other kinds of twitch baits.

In the early morning and around dusk, in lower light conditions, the top water lures work too. Having a good pair of glasses and a lot of scouting pays off when targeting snook on the beach. 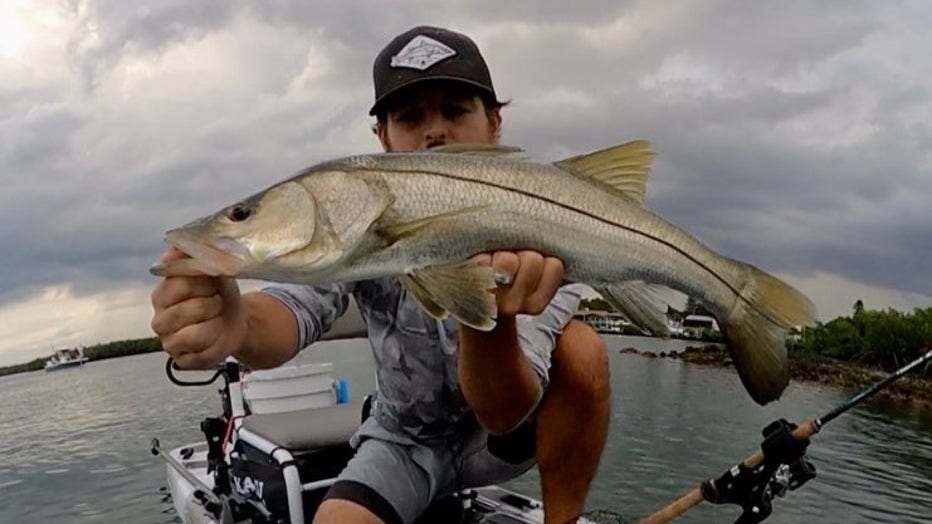 Often, you are sight-casting to fish cruising the trough running parallel to the beach so cleaner, less rough conditions help. Plus, knowing where the fish are by doing lots of exploring and time on the sand. The summer will only produce more and more opportunities for you to dial this fun style of fishing in! Plus, besides the beaches, we are seeing some in the passes, but it can be a little hit-and-miss on the tides.

The back bay flats especially areas on the way to the passes and mouth of the bays have been producing plentiful schoolie-sized fish up to slot-sized fish.

However, the bigger ones are definitely a little more tricky around the flats and mangroves to find. Water warming up means a lot of the bigger fish will move to deeper water structures like bridges, docks, piers and start to make their way to the passes and beaches.

Redfish action has been really good this past week around the flats, mangroves, oyster bars, and docks around these areas. If you can find the mullet, you can find the redfish. That is once again really holding true for many anglers this past week. Also, soaking cut baits up along the mangrove shorelines is really working well too. These guys love to find easy meals right on or near the bottom as they cruise looking for smaller baitfish and crustaceans. Look for them in areas where water is moving, and the mullet are present foraging in good numbers. 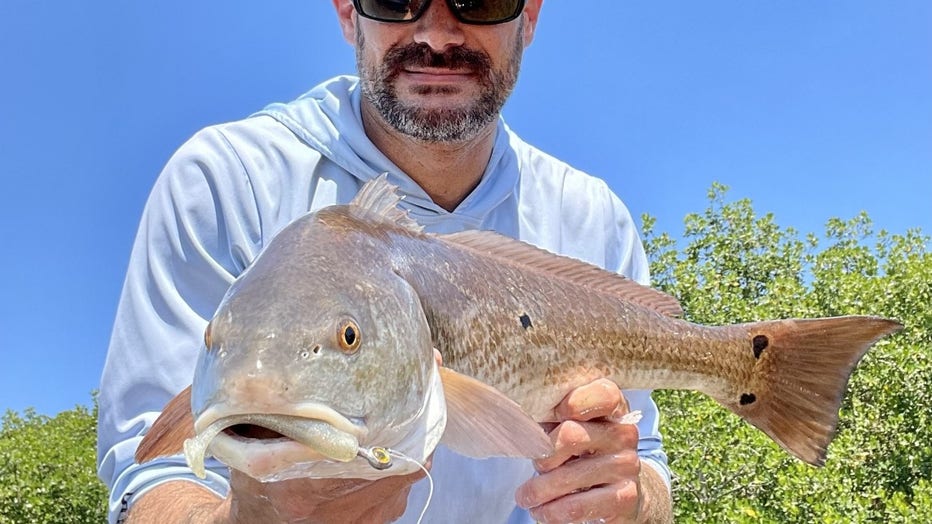 Trout action has been a little spotty this past week but once again most are being found on those deeper flats. Look for them around 3 to 5 feet of water right now or on the edges of those shallower flats.

They are still very honed in on the whitebait and shrimp, but soft plastics work well to imitate their favorite prey items. Popping corks will help you overcome the winds we will be getting over the later weekend and workweek. Nothing like a live shrimp or even DOA under a good popping cork for trout.

Jack crevalle are super prolific around the area still and many are being caught around area bridges, bayous, and flats. If you’re up in the bay fishing for trout, redfish, or snook you will often find one of these guys on accident. However, they make for a great fight, and you can find them in good numbers right now if you’re looking for the signs of bait schooled up or birds working an area where bait is pushed to the surface near the flats. 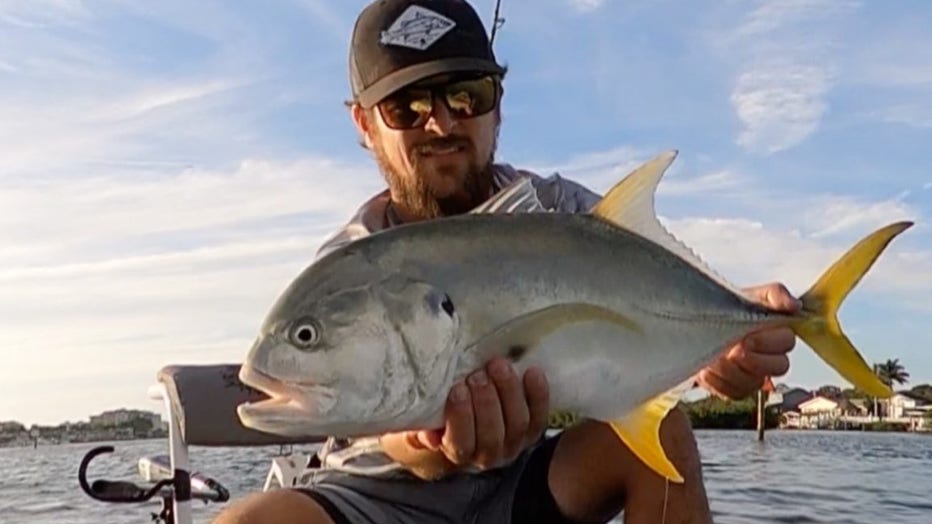 Mackerel are super thick still around the area and bay. Look for them in that deeper moving water where bait is present. A lot of the local fishing piers are holding good numbers of the mackerel right now.

Also, the passes are all holding mackerel and even along the beaches if the bait shows up there. Early morning, the jetties of local passes and beach fishing piers are a great place to find them. During the day, the bridges in the bay are holding plentiful mackerel too.

Black drum action around local bridges, big dock lines and even some grass flats is still going well. We are seeing some good-sized fish around the area really loving the live shrimp. Local bridges are the best places to find them, but bigger docks will hold them too. Big drum make for a great fight, while the smaller just over keeper size are good-eating too. 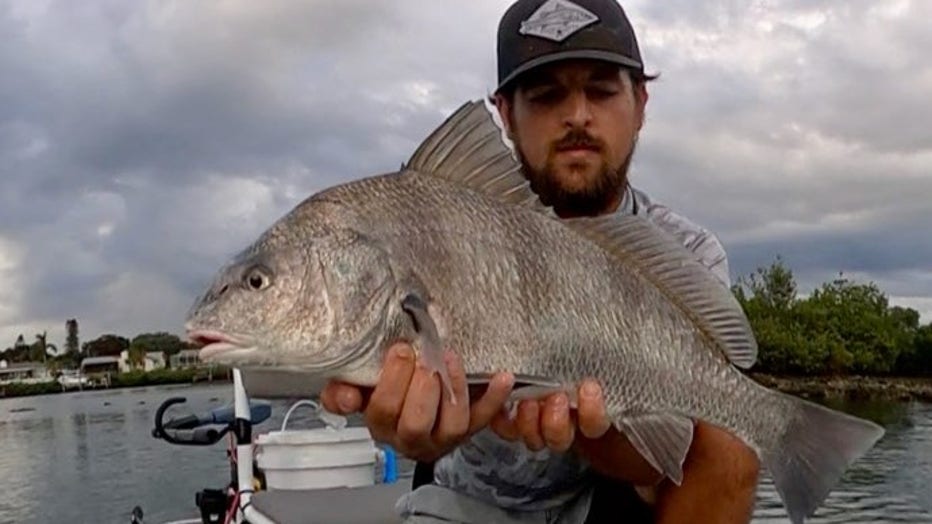 Mangrove snapper are getting thicker and more prolific around the inshore areas from the back bay to the passes. Nearly any structure is starting to hold more and more of these fun to catch fish. It’s a great time to get the kids out the pier, dock, or seawall and chum them up a bit and use some smaller hooks to pull up some nice mangrove snapper.

Mackerel are thick near shore still and we are seeing quite a few of them while trolling out and back on our 5-hour half-days. Our 10- hours are moving too fast to troll most of the time, but we do sometimes get them there too.

They are from the pass out to around 60-80 feet of water, depending on where the bait is. We see them most on the four-to-six-inch spoons, but we often troll the larger spoons to have a shot for kingfish too. However, if you troll the smaller ones, often you will get more action and catch more of the mackerel too. 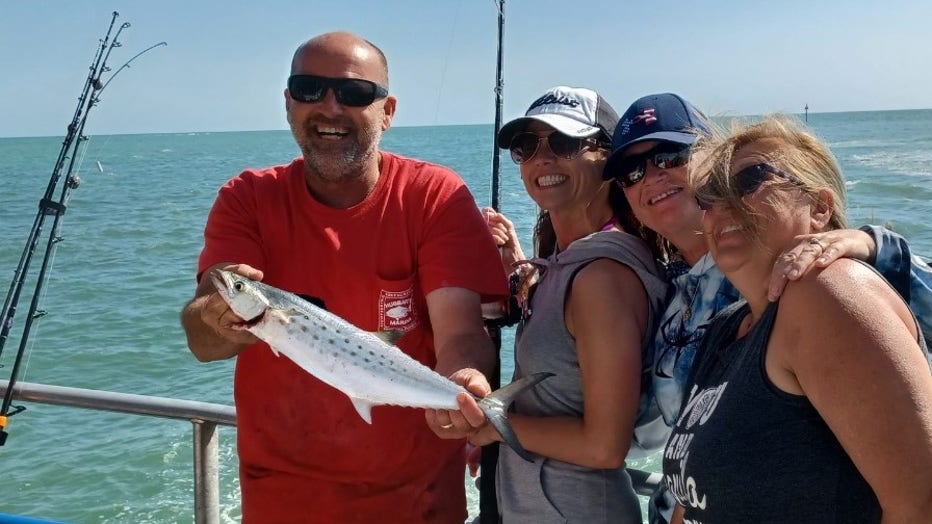 You can get out there to a near shore artificial reef, anchor up and chum dozens of them to the back of the boat to free line fish them, or even drift these areas for them too.

Kingfish are around near shore still, but we aren’t seeing huge numbers of them just a few there and a few here. We are mostly getting them on the flat lines, when possible, to flatline for them while conditions allow. However, we are picking up a few trolling those larger spoons behind number one or two planners.

Many of our 10-hour trips are averaging close to 100 to 200 lanes and vermillions respectively with a dozen to three dozen nice mangrove snapper mixed in.

We are seeing the red grouper near shore too, not tons of them but while fishing that 80 to 100-foot area. We are picking up a handful of keepers on trips. Many people aren’t targeting them as we are using smaller baits and lighter tackle for the bountiful lanes and mangrove snapper.

Also, we are seeing still tons of the 6 to 18-inch fish that will be keepers soon, but it can be frustrating to target them to catch-and-release 50 to 100 fish to only keep a few that are big enough. Due to this, many ends up lightening up leaders and using the three to four ot hooks and shrimp or small pieces of the threadfin to target the more prolific and keeper-sized snapper.

Once again, it was a stellar week for us offshore with wahoo, yellowtail snapper, tuna, and more adding to the plentiful mangrove snapper, red grouper, vermillion, porgies, and the other typical fish we catch more often.

The 39-hour this past weekend did really well on the mangrove snapper and really brought home a nice number of the keeper red grouper. However, the endless vermillions and porgies added to the fun. Plus, trolling produced some kingfish too.

The flying HUB 2 Extreme trip this past Sunday nearly had a boat limit of the red grouper and some nice lane snapper, vermillion, and mangroves to round out the catch. They really did well out there and we look forward to more of these trips after we bolt on some brand-new Yamaha 425 engines to replace the ones that have been running so well for us.

The offshore fishing is awesome right now with steady mangrove snapper action, a few yellowtails, and lots of porgies and vermillions. The grouper are mostly the red grouper and a few scamps, and we are catching and releasing a lot of gag grouper right now to waiting for them to open up June 1.

However, besides the bottom fishing, we are seeing some nice kingfish, wahoo, and tuna pretty regularly. Plus, you have the chance for that unicorn sailfish this time of year. Even near shore we are seeing a few caught and released here and there.