Red grouper action offshore is at its best right now

Every Friday morning, Captain Dylan Hubbard of Hubbard's Marina joins Good Day to fill viewers in on his fishing forecast as we head into the weekend. Here is his fishing report for May 8, 2020.

We finally reopened at Hubbard’s Marina and are getting out fishing once again! This past week brought some great action inshore especially at the start of the week before the full moon and front that moved by yesterday.

The best fishing weather coming up is going to be today and Saturday before a little system sets in Sunday that will be hanging over our area most of the week.

Snook action was impressive and should only continue to improve around the passes and along the beaches as summer takes hold in our area. These guys are loaded around the passes feeding most actively in the super early morning hours and just through sunrise. During the day, on the beaches or on the flats is the best places to find these hungry snook all trying to fatten up before their trek near shore to spawn. They love the soft plastic artificials, hard jerk baits, or the flairhawks work well in the passes.

For live bait, snook will eat large live shrimp, white bait, finger mullet, pinfish or grass grunts which are also called pigfish. While on the beaches and on the flats, use lighter tackle and smaller 1-2ot hooks are best. In the passes and around the docks adjacent to the passes heavier leader is key especially around the structures. You can get away with heavier line at night when you are not working the dock lights even up to 40-60lb floro for snook live bait or lure leaders.

Pompano action has picked up quite a bit at the early part of this past week. The water cleared up nicely and with that, clear and calm water brought lots of pompano feeding around our beaches, sandbars, and sandy edges of the channels. I love to target them in the morning just after sunrise from the beaches near the passes or drifting through sandy passes. Pompano will take those docs goofy jigs, pompano jigs, nekid ball jigz and smaller bucktails that have shortened hairs just behind the apex of the hook shank. You want to work these lures along the sandy bottom just barely popping the lure off the sand around 4-6 inches. Cast long and far up tide and let it hit the bottom, then retrieve any slack and start to just barely moving the rod tip in a popping action.

It is best to try it in a pool or the shallows first to ensure you are not popping the jig too high off the bottom. Often, I will do 3-4 small pops followed by a double while slow retrieving any slack between working the lure along the bottom.
Redfish action around the area is still going steady. Lots of these are guys out on and around the flats, mangrove shorelines and oyster bars and still many up on the residential docks. We are starting to see those large congregations of redfish moving around the bay area. If you are lucky enough to encounter one, work carefully not to spook the school and set up ahead of where they are heading and get stealthy before they are in range if you want a chance to catch a few.

Often schooling redfish can scatter or stop eating if one boat gets too close, being loud or running its engine. The worst possible noise is an outboard engine’s lower unit going in and out of gear, that gear shift is incredibly loud under water and will shut down a bite in an instant. Using a trolling motor and power pole makes things easy, but if you don’t have the fancy stuff you can ‘coast’ into range and just shut down your motor while still clutch ahead to avoid shifting to neutral.

Trout action is going really well around the passes and on the flats of our area still as well. We are seeing some really big trout caught this past week especially around the bridges of our local passes. Nighttime around the bridge lights or dock lights near the passes have been producing lots of the speckled trout as well. During the day, on edges of the flats, is best to find the trout feeding.

Black drum action has picked up this past week around our local bridges and larger dock areas. These big guys love to hang around the structure looking for crabs on the bottom. They will also eat big live shrimp too. However, crabs are best in my opinion for the black drum and even a dead crab will get them to chew. You can even get away with cutting larger crabs in half if you want to get more baits out. Right around the fender systems of the bridges or main pilings are the best places to find them right on the bottom.

Flounder action is going well too if you can find some sandy areas near the grass flats, docks, or other structures where flounder can cover up on the bottom and ambush passing prey items. Soft plastics worked slowly just on or above the bottom is best. I like the artificial shrimp lures like the DOA shrimp for the flounder, but you can use a soft plastic paddle tail or fluke tail with good results too. Also, the pompano jigs have been known to catch flounder too and while drifting sandy bottomed areas of the passes you can sometimes catch flounder and pompano!

Triple tail are getting really thick around the mouth of the bays and passes and along our beaches. They hang right on the floating debris or structures and can occasionally be found in dock lights near the passes.

Lately, the triple tail along the beaches have been lower in the water column instead of easily spotted right below the buoys of our crab and pinfish traps scattered along our beaches. A live shrimp and light tackle and hardly any weight or no weight is best when targeting these triple tails. These guys are tricky to target but they are incredibly good eating.

We are back up and running at Hubbard’s Marina and ran our first rounds of near shore fishing trips this past week since mid-March when we closed due to the virus. Luckily, the fish were hungry and waiting for us to return at the start of the week. This past week, we faced rough weather Thursday due to the front and the Tuesday all-day had a little slower bite than we would have liked but we still caught some great fish.

Kingfish are still around pretty thick in our near shore waters if you can find the bait schools that are scattered around near shore. We are catching them on flat lines and while trolling from around 30 feet all the way throughout our near shore waters to the deepest point of 100ft. Kingfish have been a little leader shy as of late, so lightest possible wire is best when making up your kingfish rigs.

Snapper fishing has gone really well this past week from around 60-100ft of water. The mangroves were excited thanks to that upcoming full moon and we did really well finding the mangroves on our 8-10 hour private fishing charters and even caught a few on our 10-hour all day party boat fishing trips. The mangrove snapper were loving the threadfin plugs on the double snell rigs with around 30-40lb floro leaders. However, light knocker rigs or even jig head fishing for them with spinning rods is a definitely great way to target them too if they are being a little finicky with their cooperation.

Red grouper action is going well in the deepest near shore waters from around 80-100 foot of water on the live pinfish, pigfish or squirrel fish but a big dead threadfin or cut strip of squid will get them to eat as well. Red grouper love sitting around the potholes or flat hard bottom areas that is holding bait shows. They will often be right around the base of the bait shows on the hard-bottom areas.

However, they will take soft plastic eel looking artificial baits too. One of my favorite cobia pitch baits is a small ¾-1 ounce white bucktail with around a 6-8 inch dark green eel shaped soft plastic on the hook.

Black fin tuna are around the deepest near shore waters still but they have gotten a bit more sporadic as of late. Around those cruise ships anchored outside the end of the Egmont channel seems to be the best place to find them, or around the deep water near shore wrecks.

Our first 39-hour after our re-open date went really well for us, and we couldn’t be more excited to be back offshore deep-sea fishing on our party boats and private charter boats here at Hubbard’s Marina!

The current on the full moon created some issues when we were in the deepwaters trying to catch our amberjacks Wednesday, but luckily with an adjustment into shallower waters, we were able to continue red grouper hunting with great success.

At the start of the trip, the current was not too bad out deep, luckily, and it allowed us to fish through the night catching plenty of big mangrove snapper, vermillion snapper, yellowtail snapper and almaco jacks! During the day, the snapper bite did not quit and once we moved into around 110-140ft of water the red grouper action kicked in for us nicely.

The red grouper action is definitely best right now, a little shallower in this 100-140ft range offshore. They love the big dead baits or frisky live baits like the pinfish or grunts. My favorite dead baits for them is cut strips of squid or bonita and especially octopus, but a big threadfin will work too. Around 60lb leader and about a 7ot hook works well with a medium gear ratio reel with around 30-35lbs of drag.

The snapper bite around the full moon was particularly good especially at night with nearly all our local snapper species ready to eat all night long. The daytime action was a bit slower, but we were blessed with some good fishing even through the daytime period. Snapper were loving cut threadfin plugs on the double snell rigs with high gear ratio reels and around 40lb test leaders.

We even caught a nice cubera snapper that weighed in around 45lbs and a big African pompano when we targeted the amberjacks around sunrise in about 160-200ft of water on some big structure. If the current wasn’t so bad, I feel we would have pulled many more jacks out of the deep water but, with heavy current making fishing difficult, we didn’t get as many amberjack on this trip as we would have liked. We are hoping this weekend’s 44-hour full moon trip has a little better luck with that heavy current.

For more information from Hubbard’s Marina, head over to their website. 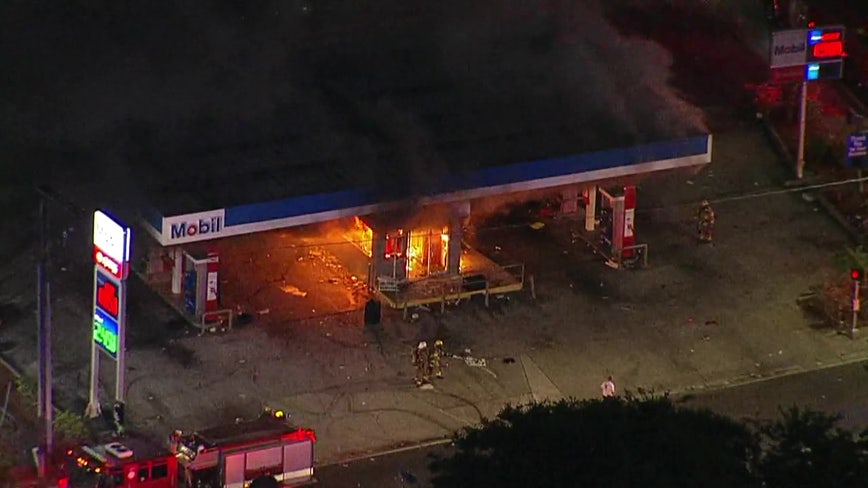