NORTH PORT, Fla. - The city of North Port says floodwater is finally receding, days after Hurricane Ian, but some areas, like North Port Estates, remain under 3-4' of water.

"A couple of hurricanes have come through, and it’s gotten pretty bad, but this is unbelievable. For five days since and there’s still this much water," said Robert Scott Thompson.

Lisa Robinson, her family and neighbor were helped by a good Samaritan over the weekend. They evacuated, but had a few essentials they desperately needed, including medication.

"Our home is underwater. We had about a foot to two feet inside our house that’s receded out of the house, but the water is still all the way," said Robinson. "We assumed it would be gone and over within a few days and that’s just not the case."

In some areas, water reached levels of 8 to 10 feet. 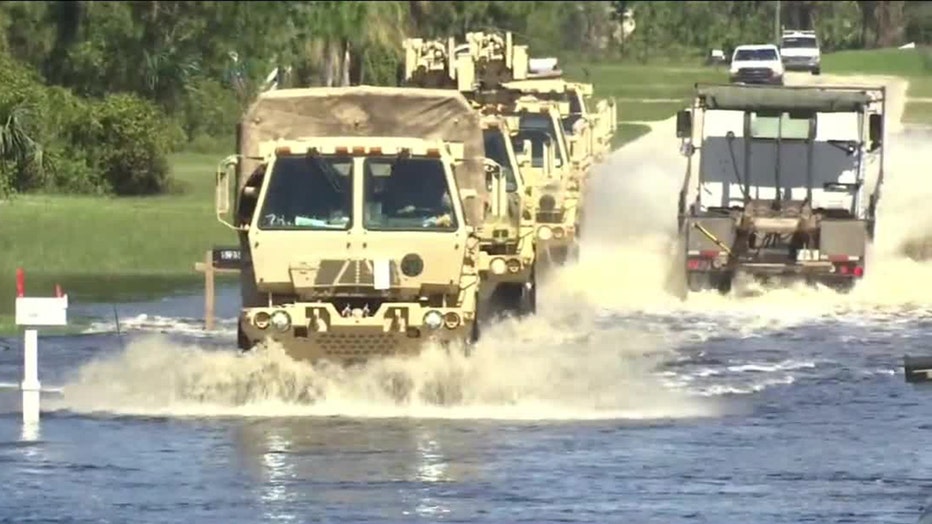 More than 800 people have been evacuated from North Port, with 500 emergency calls cleared. The city says some people are staying inside their homes.

City officials said they are receiving calls from residents who stayed behind, and now need supplies. Officials warn, supplies aren't coming. Evacuation is the only help available, right now.

"We still know we have a lot of work to do. There’s still a lot of hardship out there in our community, We are still evacuating people as necessary. Please reach out to us to let us know what your needs are," said Fletcher.

For now, residents hope to get home soon and move forward.

"We just got to rebuild. Day by day. Everybody is helping out. That’s a good thing. Neighbors are neighbors. Don’t matter, and we will help everybody out that we can," said Thompson.

The city asks residents to report damage due to Hurricane Ian at https://bit.ly/IanDamage.