Deputies in unmarked vehicles are now patrolling I-4, along with the standard marked Polk County Sheriff’s Office and FHP cruisers.

You would recognize Lt. Tony Allaire as an officer from his uniform, but not from the vehicle he drives. It is one of the many unmarked vehicles that the Polk County Sheriff’s Office owns.

"We have some of the same make and model, but we have a variety of colors or different years and things like that to mix it up a bunch," Lt. Allaire explained. 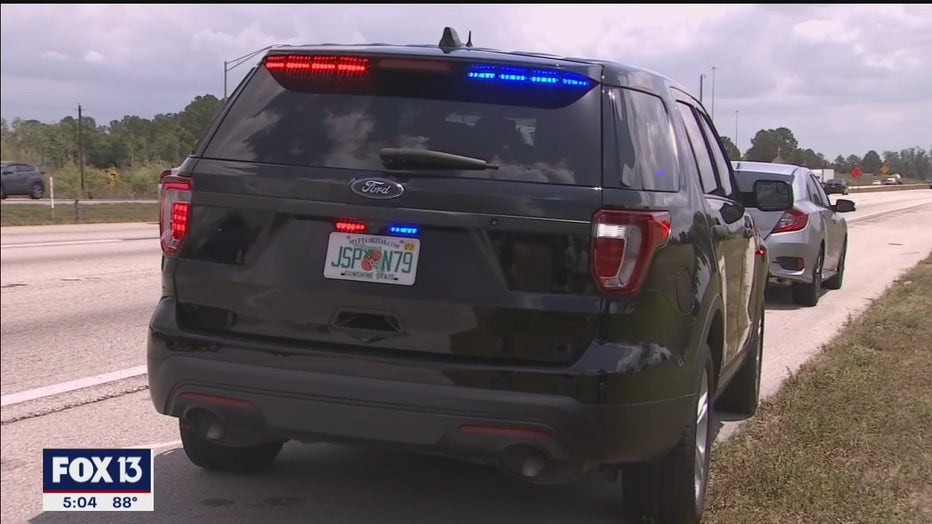 Allaire is part of the new 'round-the-clock initiative to make I-4 through Polk County safer.

"We can drive in traffic, and when someone passes us, we just file in behind them, clock them with our vehicle, and arrest them," Allaire said.

RELATED: Study: This stretch of I-4 is the most dangerous road in America

On Friday, Allaire caught up with a Honda that was going 90 in a 75. The driver said he set his cruise control at 75.

The program launched back in September but is just going public now.

Since its inception, deputies have issues almost 1,900 citations and made three dozen arrests.