Footage released by the Broward County Sheriff's Office shows a deputy go toward the Marjory Stoneman Douglass High School building while a gunman massacred 17 students and staff members, but then remain outside with his handgun drawn.

TALLAHASSEE, Fla. - Florida lawmakers next year are expected to consider a proposal that would clear the way for the Broward County School Board to pay $25 million in compensation in the 2018 mass shooting at Marjory Stoneman Douglas High School that killed 17 people.

Sen. Joe Gruters, R-Sarasota, filed a bill (SB 84) on Monday that would authorize the school board to pay the money to the estates of students and faculty members who died in the shooting and to other victims of the attack.

The proposal, known as a "claim" bill, is filed for consideration during the legislative session that will start Jan. 11. It would require a settlement of claims against the school board, though it would leave open the possibility that victims and family members could pursue other lawsuits stemming from the attack by former Marjory Stoneman Douglas student Nikolas Cruz.

"(The) amounts specified in this act are not intended to constitute full and complete compensation to any victims for their damages, but are intended to satisfy only the claims by the claimants specified in this act against the School Board of Broward County and the School Board of Broward County’s share of fault, without regard to any claims of the claimants against other responsible parties and without regard to the liability of others," the bill said.

The proposal was filed after the Florida Supreme Court ruled last September that state law placed a $300,000 limit on how much the school board could be forced to pay to families and victims in lawsuits filed after the shooting.

The ruling dealt with the state’s sovereign-immunity laws, which are designed to shield government agencies, including school boards, from costly lawsuits. 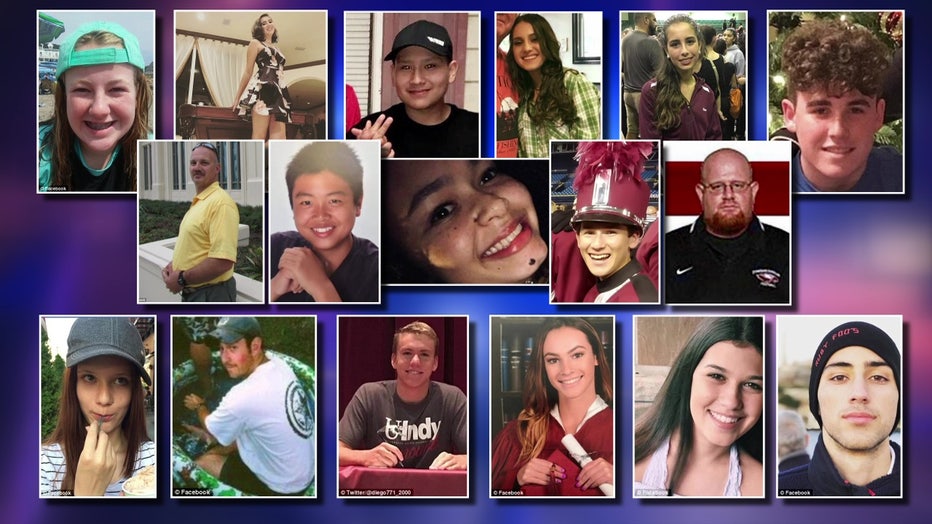 Justices said mass shootings should be viewed as a single "incident or occurrence," effectively placing the $300,000 limit on the school board’s liability in the Parkland attack. Attorneys for families and victims had contended that the shots were separate occurrences and that each plaintiff filing a claim against the school board should be able to receive $200,000.

The school board, however, can pay more than $300,000 if the Legislature authorizes it through a claim bill. Gruters’ bill would do that by authorizing the payment of $8,333,333.33 in three annual installments.

The bill does not detail how the money would be allocated to the estates of the 17 people killed and to 34 other people named in the proposal. Cruz, who was 19 at the time of the attack, continues to await trial on murder charges.

"(The) negligence of the School Board of Broward County contributed to the damages suffered as a result of the events of February 14, 2018, at Marjory Stoneman Douglas High School, to the extent that School Board of Broward County personnel had information regarding the risk of Nikolas Cruz committing acts of physical harm and violence toward others but failed to take reasonably appropriate action to protect the campus from Nikolas Cruz; were unprepared to deal with repeat trespassers and intruders on campus, such as former students like Nikolas Cruz; were unprepared to address armed intruders on campus; failed to prevent Nikolas Cruz from entering the campus and failed to intercept Nikolas Cruz once he did enter; and were unprepared to respond in the event of an active shooter on campus," the bill said.