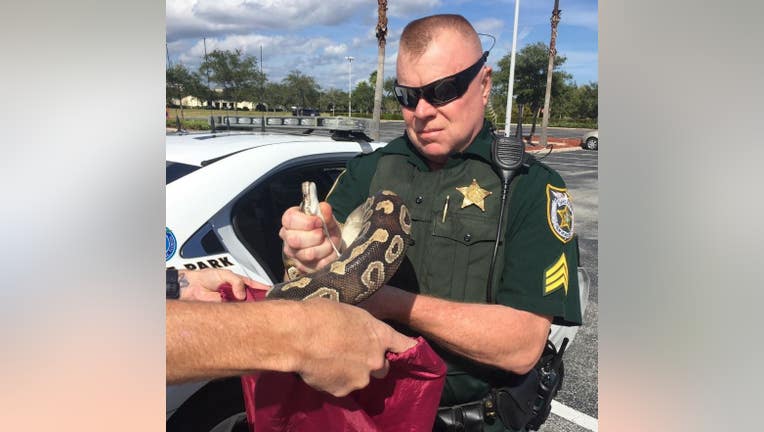 LAKE PARK, Fla. - Deputies in Palm Beach County were called out to a Lowe’s in Lake Park after receiving a report about a suspicious trespasser in the shape of a reptile.

According to the sheriff’s office, an 8-foot python was found lingering around the parking lot. Deputies said it was quite an unusual arrest.

They wished the python good luck, but no bond.

The python was taken to a Loxahatchee-based rescue organization. There is no word on whether officials believed it was a pet that was released or if it was born in the wild.