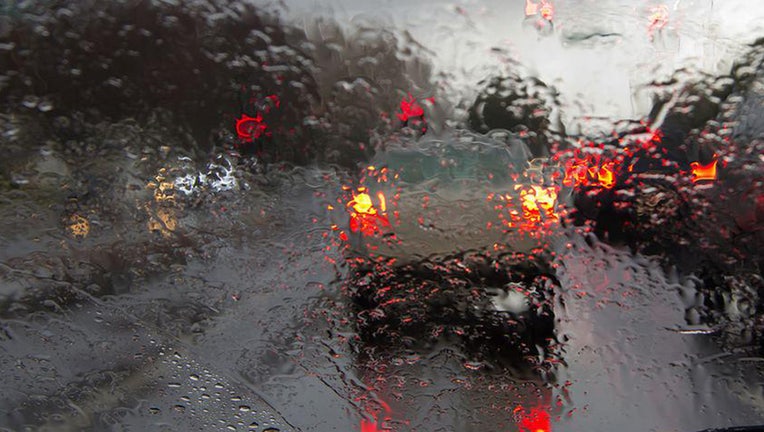 TAMPA, Fla. - A new law in Florida will allow its drivers to do something they were told was illegal for years: using hazard lights in the rain.

Just two days before the new law would take effect, Governor Ron DeSantis signed a 38-page transportation bill with the changes tucked in the middle of the text. According to the Florida Highway Patrol, the Sunshine State law no longer prohibits driving with flashing hazard lights in certain severe weather conditions on certain roadways. This law went into effect Thursday, July 1.

Specifically, drivers can press that triangle button to activate the flashing lights when conditions create "extreme low visibility" while they are on roads with speed limits at or above 55 mph. Those weather conditions include heavy rain, fog, or smoke.

Florida now joins more than 40 other states allowing drivers to use hazard lights while driving in certain situations, according to AAA.

"However, if drivers feel unsafe while driving in severe weather," troopers say, "the safest option may be to pull over to the side of the road, or off the road, until conditions improve."

Before July 1, if a Florida driver had their hazard lights on – even during a downpour – they were driving illegally.

With a rainy week upon us, Officer Roy with the Tampa Police Department reminds all that it's against the law to drive with hazard lights on in Florida.

PREVIOUS COVERAGE: Driving with your hazard lights in Florida is illegal

Under the previous law, hazard lights were only meant for when your car has broken down or stopped on the side of the road. The only time it can be used while driving your vehicle is if you are in a funeral procession. It would then be a signal to other drivers not to drive in between or interfere with the procession.

For years and years, state transportation officials took to social media, media outlets and used FDOT message boards to reminds drivers not to use those flashing lights in the rain. It wasn't always followed.