Some Florida gas stations will begin selling a blend of fuel that’s typically only available during the colder months to try to lower gas prices, but only 10 percent of stations in Florida can sell that type of gas. 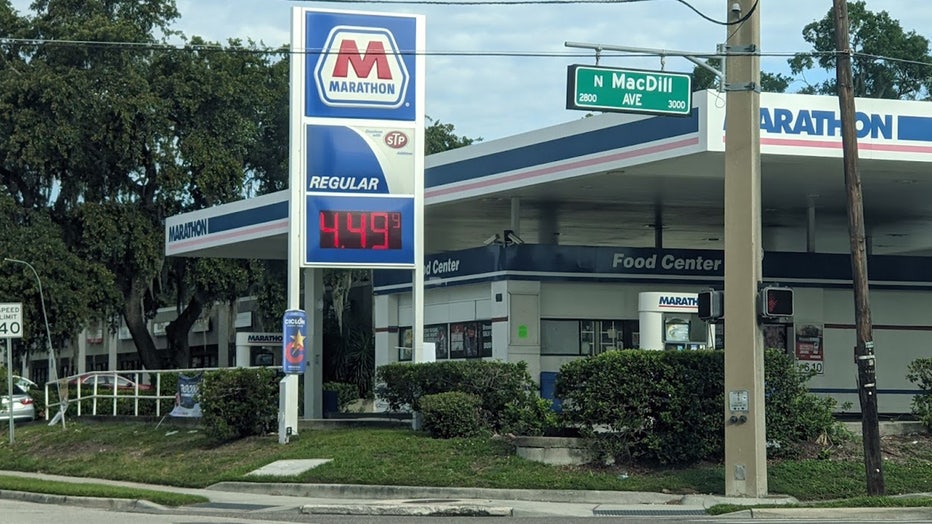 This time last year, Floridians were paying an average of $2.90 a gallon for gas.

RELATED: Inflation gave most Americans a 2.6% wage cut in April

On average, Florida drivers will now be paying about $67 to fill an average-sized tank of gas – over $20 more than this time last year.

According to AAA, Russia's invasion of Ukraine is one reason for the rise in gasoline prices, causing an unstable global oil market. But expectations of high summer travel demand are also playing a role, experts say.

"Right now, what’s driving prices is the expectation that demand for the summer driving season is going to be much stronger than last year," AAA spokesperson Mark Jenkins said. "You couple that with lowering supplies here domestically and stronger demand internationally."

"The fuel market is extremely unstable right now," Jenkins said. "It’s very volatile heading into a very busy summer travel season. So, it’s really hard to put a pin on what to expect in a month’s time."