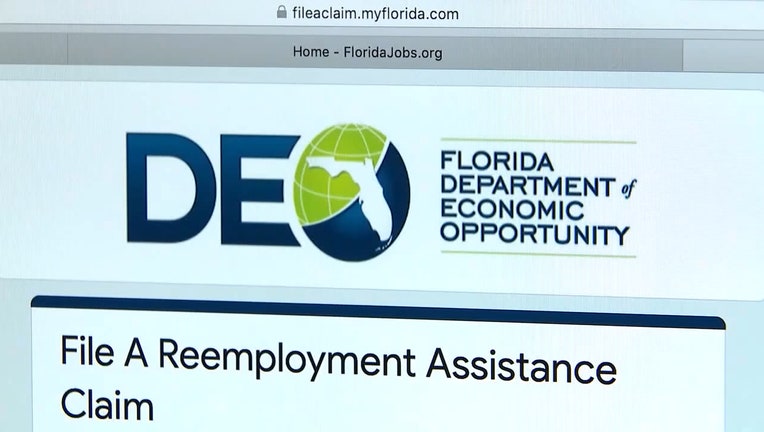 TALLAHASSEE, Fla. - Florida officials are recommending that the state’s antiquated unemployment processing system be replaced after a review confirmed what had long been known: a broken system full of glitches that was incapable of handling the unprecedented deluge of jobless claims spawned by the coronavirus outbreak.

The state’s Department of Economic Opportunity is recommending that the current system, known as CONNECT, be discarded and replaced with a more robust and modern system that employs cloud-based technology that could allow the system to more nimbly respond to increased demands.

The department, which oversees the state’s unemployment system, is asking lawmakers for $73 million over the next two years to modernize the system that left hundreds of thousands of jobless Floridians without unemployment checks for weeks and sometimes months.

The director of the agency, Dane Eagle, told lawmakers Monday that Florida was not alone in its struggles.

A pair of bills filed this week aims to expand unemployment benefits in Florida.

"We are far behind in where we need to be," he said. "Florida is not the only state to experience these challenges."

But as the unemployment rate surged when businesses closed, Florida was among the slowest states — if not the slowest — in getting unemployment checks to those with no other income to pay mortgages, rents and other necessities.

Glenn Barca, a 53-year-old self-employed driver who had to max out his credit cards to pay bills and groceries while waiting months for his unemployment checks, said it took 70 to 80 attempts just to complete a simple application process because the website repeatedly crashed.

READ: How will the pandemic impact the job market?

"The process was a nightmare," said Barca, who typically makes the bulk of his income during Florida’s busy tourist season until the pandemic halted travel.

"Although late, it’s still never too late to try and get answers so we can hopefully begin to see drastic changes," he said Monday.

Gov. Ron DeSantis, who likened the benefits claim system to an "old jalopy" breaking down at the Daytona 500, ordered the inspector general to investigate. The Economic Opportunity Department launched a review of its own, and the results were presented Monday to the legislative select committee on pandemic preparedness and response.

Jobs outlook by end of this decade

A survey says one out of ten U.S. workers will have to switch jobs by 2030 due to the impact of COVID-19.

The report makes clear that the system was neither prepared nor responsive at a time of crisis, when some 1.3 million Floridians, at the peak of unemployment in April, tried to access benefits through online portals that continually crashed or phone systems that only added to frustrations.

The CONNECT system prompted concern from the start. Soon after the online portal launched in October 2013, it was beset by system crashes that prevented people from claiming benefits. Despite previous audits that identified numerous glitches, many of the problems were never addressed. Those same system failures prevented people from accessing the system.

Tonya Olson, a physical therapist, waited three months for her first payment due to the faulty system. She had to borrow money from a friend and had to move twice so she could afford rent.

She criticized DeSantis, saying he turned his back on hard-working Floridians "when they needed leadership, support and protection from the effects of a worldwide pandemic," she said. "So much unnecessary suffering has occurred as people‘s lives were upended through no fault of their own. Tragic, heartbreaking and criminal."

Critics warned that the system was doomed to fail.

"Unfortunately, as it turns out, we were absolutely correct," said Democratic state Rep. Evan Jenne, the House minority co-leader.

Since the start of the pandemic, more than 3.1 million people have filed unemployment claims in Florida. The state has paid out more than $23.1 billion in benefits — less than a fourth of that from the state’s reemployment assistance program.

READ: Families who lost loved ones to COVID are clamoring for $7K funeral funds

The rest of the funds came from federal pandemic relief packages, some of it earmarked to supplement meager unemployment checks and to provide benefits to gig workers and others who were not eligible for traditional state benefits.

The state’s electronic portal was initially unable to process claims filed by freelancers and other independent contractors, adding to confusion, frustration and anger. The state eventually put in place a parallel electronic system to handle claims from nontraditional workers.

In fact the state’s electronic portal was so overwhelmed that state officials reverted to filing claims on paper forms.

As part of its just-completed review, the Department of Economic Opportunity is also asking lawmakers for authority to establish an Office of Accountability and Transparency, but it was unclear in a presentation submitted to the pandemic committee exactly what its role would be. In addition, it wants to create a Reemployment Assistance Modernization Strategic Planning Office to oversee the modernization effort.

The new money requested by the Economic Opportunity Department adds to the $39 million COVID-19-related outlays in its current year budget. The $73 billion being requested for the next two years would nearly double the department’s budget during the same time period. A more modest $8 million is also being requested to supplement the department’s typical annual budget of $41.3 million in the three years after.

Before the pandemic, the Reemployment Assistance System budget was about $12 million annually.

Meanwhile, the state’s Unemployment Benefit Trust Fund has been dramatically depleted. Its balance is now just $777 million -- less than a fifth of the $4 billion it had before the pandemic.