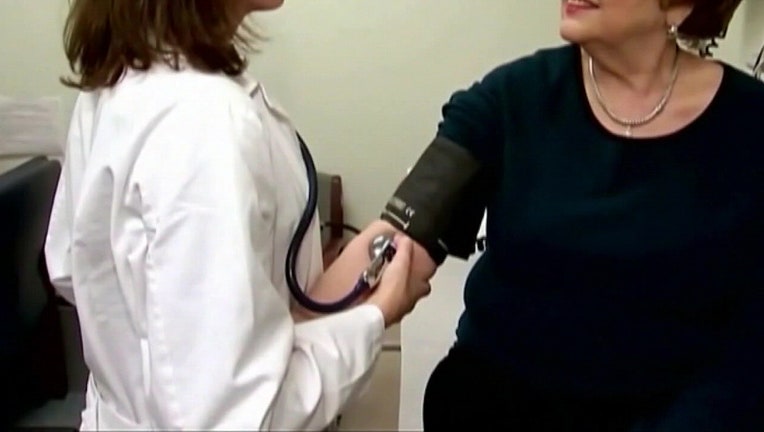 TALLAHASSEE, Fla. - In an attempt to increase access to health care, a Florida House panel on Wednesday approved a proposal that would authorize pharmacists to test patients for -- and treat -- the flu and strep throat.

“I think this bill is a realization that we need to do more in our state to make sure that folks have access to care,” Rep. Tyler Sirois, a Merritt Island Republican who is sponsoring the bill (HB 389), told members of the House Health Quality Subcommittee.

“The flu is a tremendously impactful illness in terms of the effect that it has on our workforce and our children in school,” Sirois added. “So what we need to do is make sure people have access to this care. Your pharmacist is easily accessible and available as part of your daily routine, so we really are creating more options for patients in our state and ultimately reducing costs.”

But physicians who oppose the bill warned that increased access to care doesn’t mean patients will receive top-notch care.

“There’s always going to be a fundamental friction between access and quality. And we recognize that,” said Chris Nuland, a Jacksonville attorney and lobbyist for the Florida Chapter of the American College of Physicians Services.

Nuland said the concern isn’t solely for patients who test positive for one of the ailments. It also focuses on sick people who could go to the pharmacy and be told they don’t have the flu or strep.

“If the test comes back negative, you still have to determine why this person is sick. And that’s the differential diagnosis that the physicians receive seven years of training in order to make. How do you make this patient better?” Nuland told the House panel.

Florida law already authorizes pharmacists to become certified to administer certain immunizations or vaccines so long as the pharmacists complete a board-certified course that consists of 20 hours of continuing education and, among other things, maintain at least $200,000 of professional liability insurance. The pharmacists must also have agreements with supervising physicians.

But Sirois’ bill would go further to allow pharmacists to test for influenza virus, more commonly known as the flu, and streptococcal bacteria, more commonly called strep. The Food and Drug Administration has in recent years approved rapid diagnostic tests for both conditions.

Michael Jackson, executive vice president and CEO of the Florida Pharmacy Association, told lawmakers that the bill is about increasing options for Florida patients.

“The important thing is that it gives the consumer an opportunity to say, ‘I’m not feeling very well. Where can I go to get at least an assessment to know what’s going on.’ And then, if we make a determination that we think you have the flu based upon the results of this very accurate test, the patient then has a choice:  Either accept some care that we can provide as a pharmacist, that we are qualified to provide and trained for, or referral back to their primary care physicians or to an emergency room, which would be a little be more expensive type of care that could be given,” Jackson said. “But it gives, at least, a patient an opportunity to have a decision.”

The bill cleared the subcommittee in an 11-3 vote. It would have to be approved by two more health-care panels before it could be considered by the full House during the 2020 legislative session, which starts Jan. 14.

An identical bill (SB 714) has been filed by Sen. Travis Hutson, R-St. Augustine.

While the proposal has support in the House, it may face a tougher time in the Senate. A similar bill was passed by the House last year but ultimately died in the Senate.

Rep. Mike Beltran, R-Lithia, pointed to last year’s bill Wednesday as he recounted missing committee meetings last week because he was sick. Not sure whether he had the flu or strep, he said he went to an urgent care center to be seen. Then he drove to a pharmacy to have his prescription filled and said he waited again.

“I had to wait more, sitting keeled over in Publix waiting for my medicine. I was very disappointed in that. But not as disappointed as I was when I went to finally get the medicine, and I said to the pharmacist, ‘I thought we passed a bill about this, thought I’d  be able to just come here,’”  Beltran told the subcommittee. “And she looked at me and must have thought I was feverish and crazy. And in fact, I was. Because I went home, and I checked. We did what we were supposed to do in the House last year. But I guess we’ll leave it at that.”